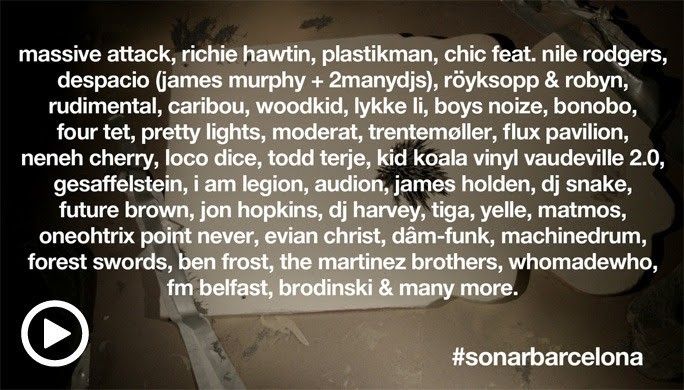 Tickets for Sónar by Day and Sónar by Night are on sale now, as well as 2-Night tickets and the Sónar Pass. Professional accreditations are available at a special price until 30 March. More info: http://sonar.es/en/pg/tickets#.Ux7s0l6idh5

Sónar 2014 completes the main bloc of its music line-up with the addition of 58 new artists headed by the legendary Chic, one of the greatest dance bands of all time, masterminded by Nile Rodgers.