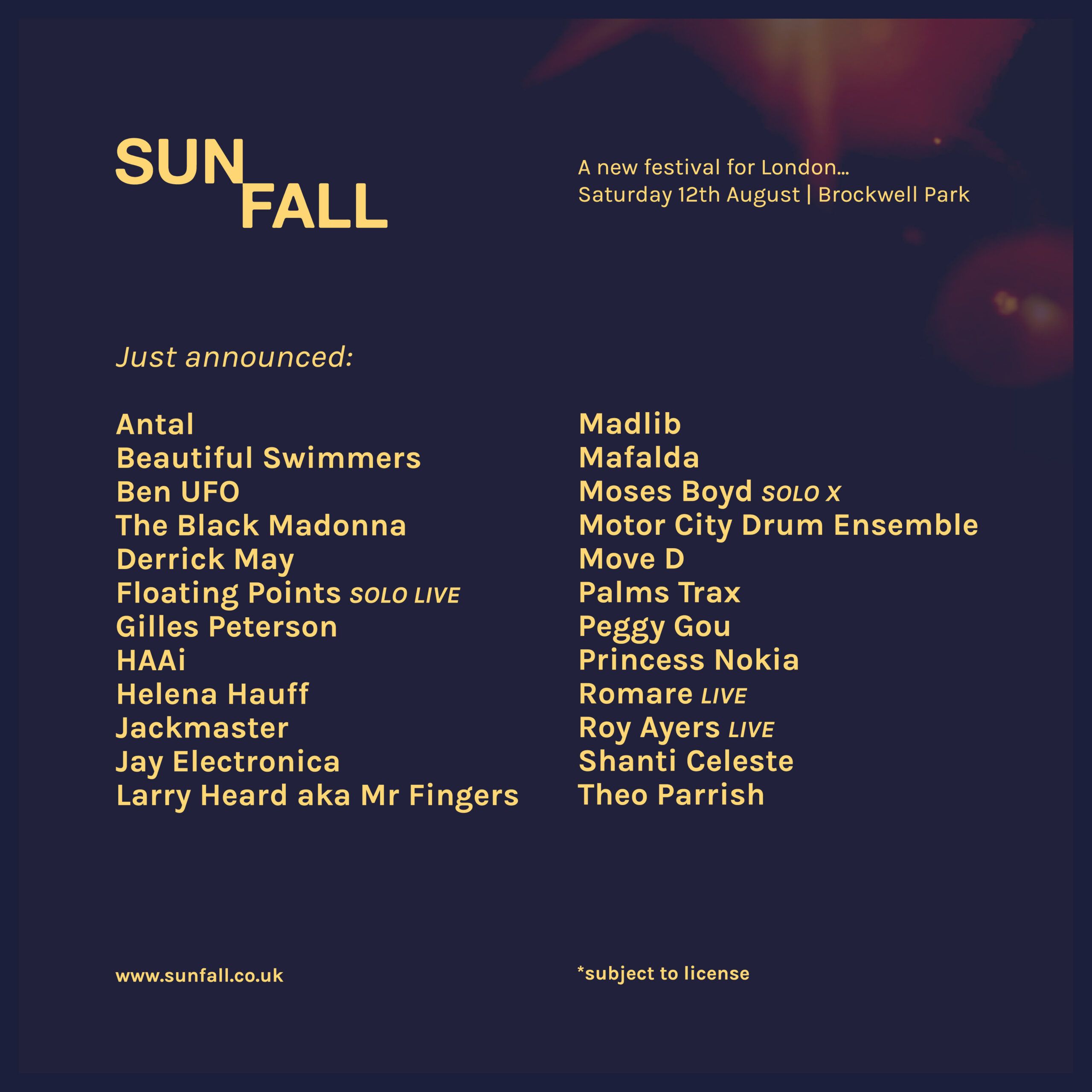 With some of electronic music’s leading tastemakers behind it, Sunfall’s line-up is awaited with anticipation. Set to return to Brockwell Park on Saturday 12th August, we’re proud to finally announce the festival’s daytime billing.

Curated by a group of people who live and breathe this music everyday (check founders Phonox, XOYO and The Nest along with Dimensions and Outlook festival); Sunfall is a celebration of the underground, a genuine platform to showcase the artists that make us tick. This one’s for us: the city’s music lovers, late night clubbers and everyone in between.

As last year, live music is central to the program. We’re incredibly excited to welcome the legendary Chicago producer Larry Heard aka Mr Fingers for his first London show in twenty years. Following a string of appearances last year, we’re pleased to say Sunfall will be his only UK show of the summer.

“Larry's performance at Dimensions last year is still being talked about, so we're over the moon to have him locked for his first UK live performance in over 20 years. His live show is something else. We also can't wait for a Theo Parrish extended set, on a great sound system and Floating Points solo live show, which is directed more at the dance floor than the previous live set up” said festival programmer Noah Ball of Dimensions and Outlook festival.

Andy Peyton of The Columbo Group adds: "After the success of last year, we can't wait to go back to Brockwell Park with an incredible line up. We’re proud that the work we did to create great sound in a central London festival paid off, and are committed to surpass those levels again."

This is just the start, as last year Sunfall will host a schedule of night sessions across the city in some of our favourite venues. Stay close for further announcements.

Daytime tickets are on sale now – there will be an opportunity to upgrade to include night sessions once these have been announced.