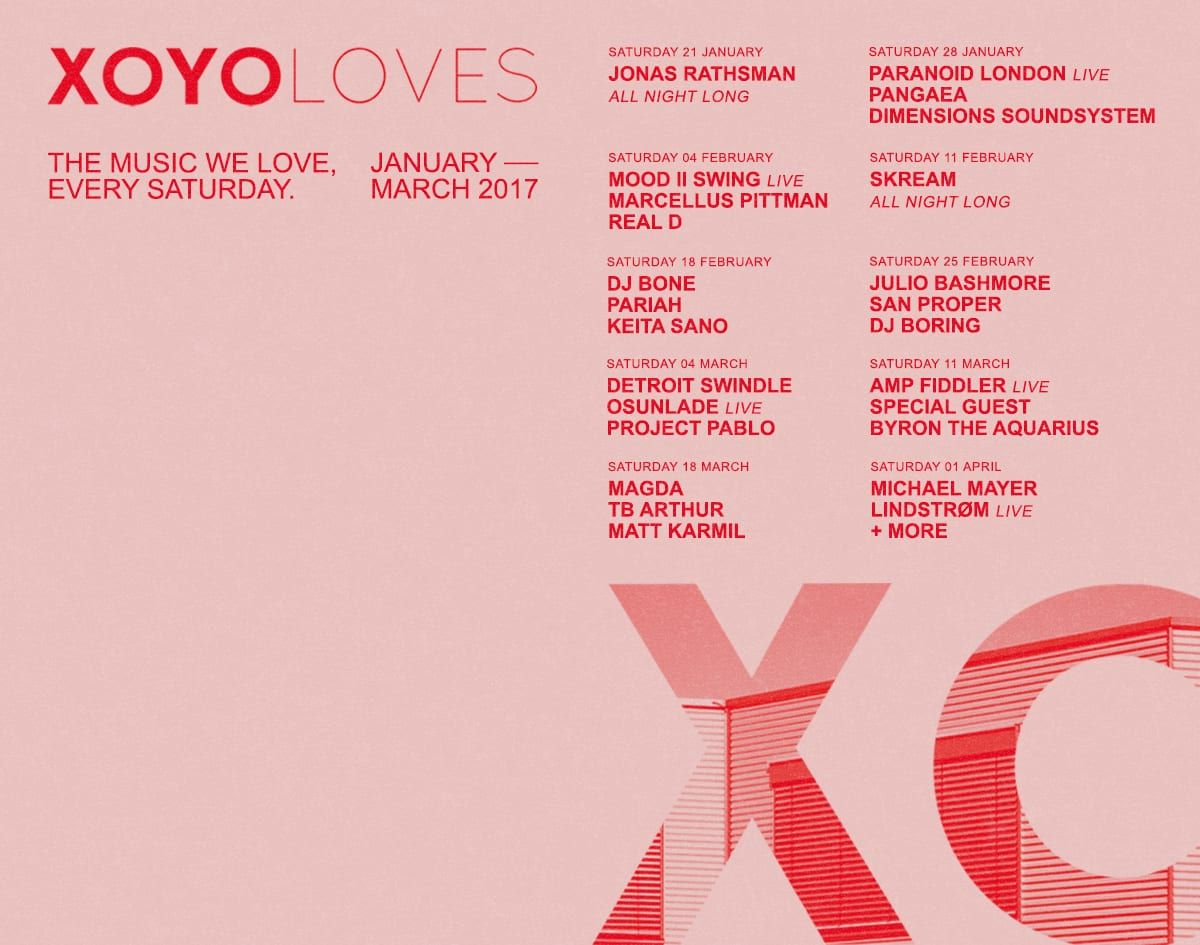 It's with immense pleasure, XOYO announce the next schedule of Saturday night DJs and live acts who'll be performing in the basement over the coming ten weeks.

Closing January in a big way, the club has enlisted three huge acts for Saturday 28th January with Paranoid London bringing their live set to the stage as Hessle Audio's Pangaea and Dimensions Soundsystem hold down the booth.

February at XOYO Loves traverses through a myriad of house and techno styles and offshoots. Highlights come in the way of one of the most interesting Japanese producers on the scene, Keita Sano who'll be playing his London debut on Saturday 4th February alongside DJ Bone & Pariah.

We head into the world of varying house outputs on Saturday 25th February as Julio Bashmore headlines a triple billing joined by San Proper and controversial lo-fi producer DJ Boring.

Saturday 4th March is a big highlight in this series as the insanely talented Osunlade will bring his full band, The Yoruba Soul Orchestra to London for the first time in almost two decades for a live performance of their most club-ready house and soul cuts in the basement.