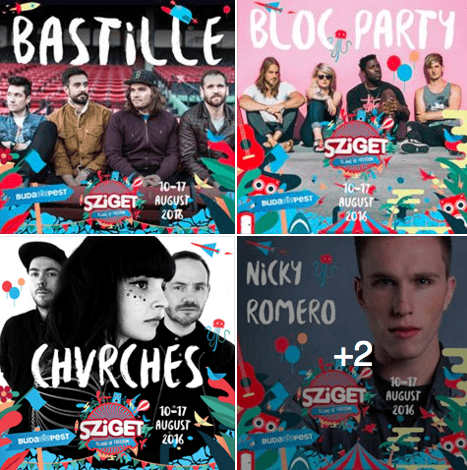 A little Christmas treat from Sziget – Bastille, Bloc Party, CHVRCHES, Sum 41 and Nicky Romero have been added to the line-up! Expect more to be announced in 2016 and don't miss the Early Bird ticket offer until 12 (noon), 31st December!

The success of last year’s Best European Major Festival continues, as more than 25% of the 2016 Sziget passes have been sold. In 2015 a total of 441.000 Szitizens attended the event, representing more than 95 countries and this probably makes Sziget one of the most multicultural festivals in the world. Hundreds of acts and programs will be announced in the forthcoming months, now starting with eight names, representing different genres and keeping the music line-up as colorful as always.