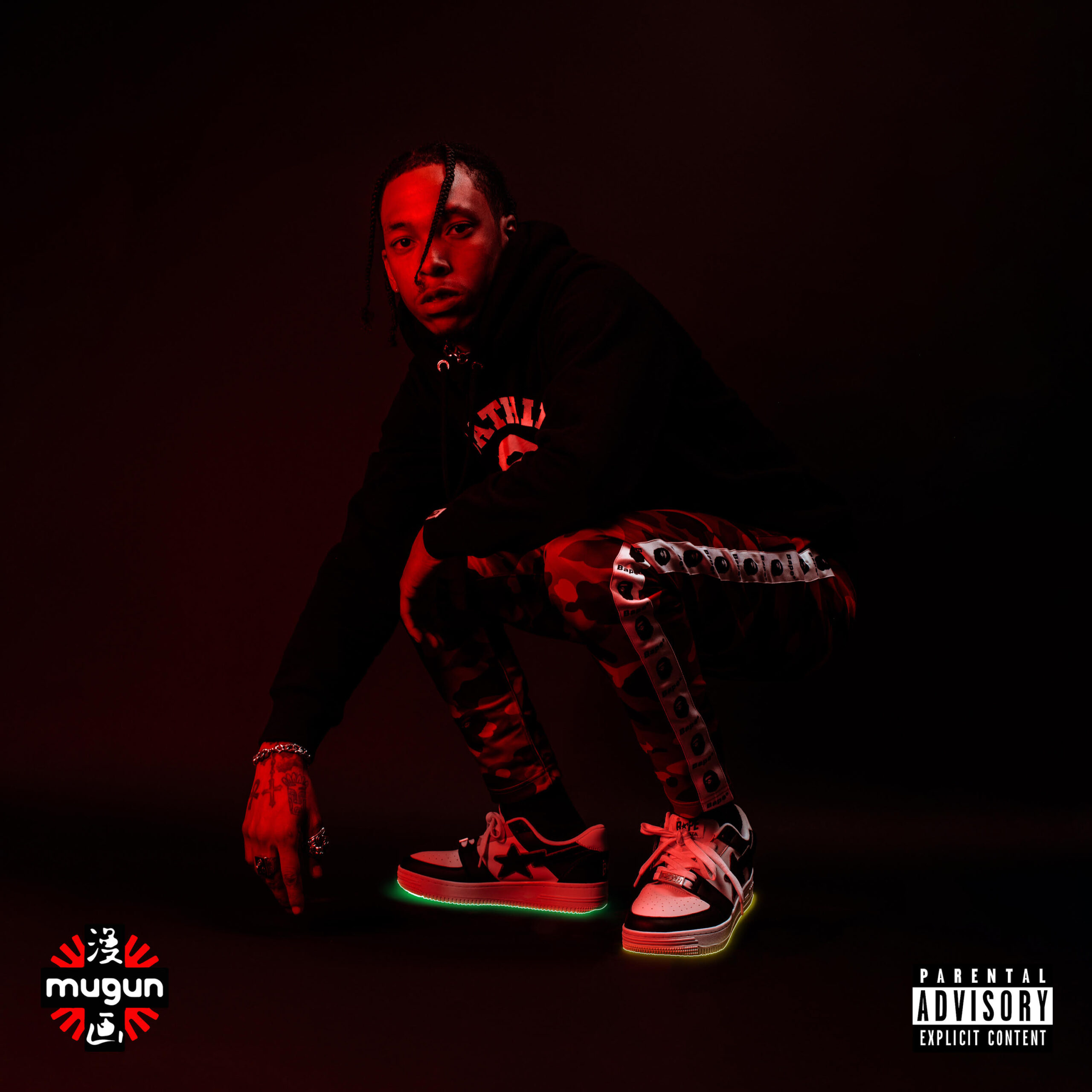 Earning a reputation as one of the UK’s most promising artists in rap, the evolution of Coventry rapper Mugun continues to grip the scene with his release of ‘Underglow’.

Offering up a masterclass in to rap technicalities and melodic flows on ‘Underglow’, it’s easy to see why Mugun has developed a cult following. With his love for lo-fi beats, politically charged narratives and compelling street tales, his unapologetic delivery and compelling style, marry into the mix to create a unique and engaging artist that continues to break the mold. Delivering the deliciously descriptive, metaphorical and empathy inducing single, Mugun creates a beautiful tone in ‘Underglow’ to describe his own realties for his latest street tale that has a deafening sadness running through its core. With echoes of emotive groundbreaking, cult classics such as The Streets ‘Blinding Lights’, Mugun explains, “The song is titled Underglow because it represents what’s really happening beneath the surface. Most people see the sparkling lights and don’t scratch beneath the pretty exterior of what a city offers, ‘Underglow’ takes us beyond that and defines the city from my perspective.”

On his latest release, Mugun offers an eclectic mix of musical understanding and true artistry along with his technical rap skill as ‘Underglow’ echoes a heady blend of hip-hop, trap and jazz. The product of his environment and upbringing, it is both difficult and unnecessary to find a box for Mugun to fit. From his Coventry base, that has recently exported names such as Pa Salieu and Jay-1, to his teenage years living in Jamaica with his father, he has been immersed in culture, experience and the evolution of music, which affords him his own unique interpretation of what his own diverse musical output represents.

Previously appearing on tracks with critically acclaimed artists such as Kojey Radical and IAMDDB, Mugun has an impressive CV yet still flutters on the edges of discovery, making him both exciting and interesting. His rise doesn’t fit the narrative of endless YouTube videos and countless freestyles yet he holds the title as ‘Best Urban Act’ from the Unsigned Music Awards and was nominated for GRM’s ‘Get Rated’ award; the receipts of his fascinating depth that seems to reach beyond many of his contemporaries. Establishing himself as one of his Cov city’s hottest exports through his discography so far, Mugun flourishes with his latest offering.