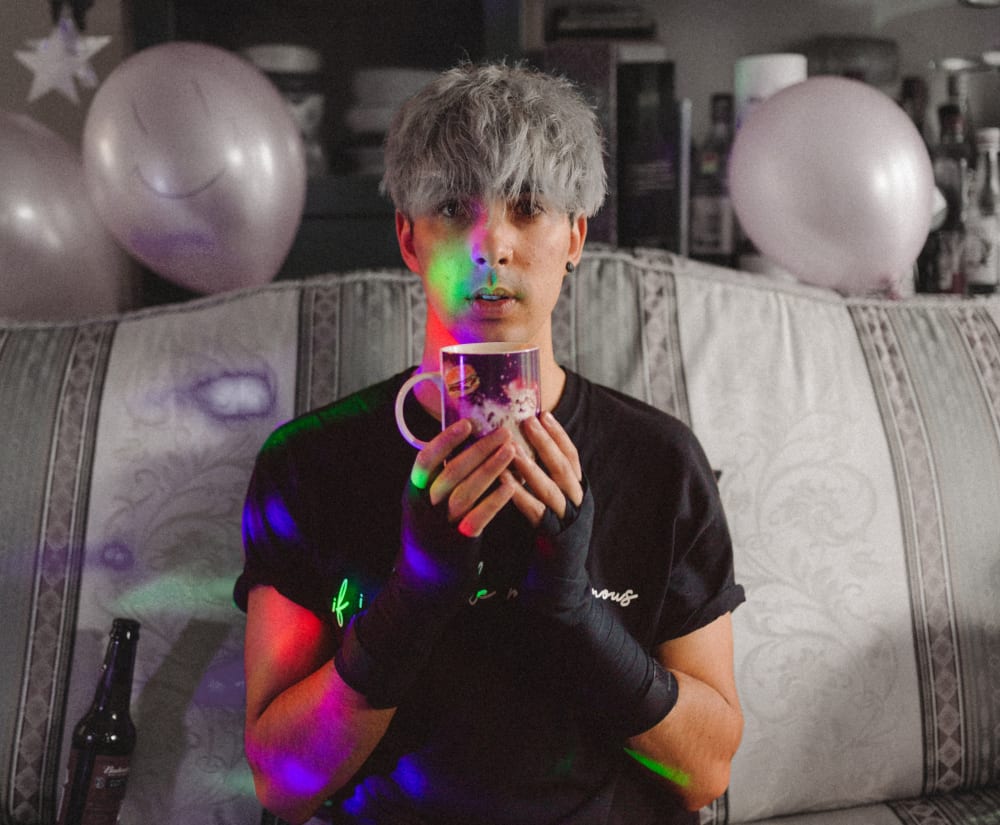 London based Cameron Sanderson released his new single, ‘Grey’ on 9 April via Broken Thought Records. The multi-instrumentalist and producer is known for his talent at winning awards as he has received the Silver Award for Best Male Singer 2019 from ISSA International, Best Unsigned Male 2016 from Best Of British Unsigned Awards and Winner of YouTube Next Up Award. He was also nominated for Best Male Solo Act 2018 for the Unsigned Music Awards and had a set of videos featured with Rock Sound Magazine. To date, Cameron Sanderson has attracted over 15 million views on YouTube and over 5 million streams on Spotify. Having 18 singles played on BBC Introducing in Essex, as well as multiple singles played on BBC Introducing London and BBC Introducing Midlands has contributed towards his considerable prestige. With this prestige, he became a judge on the BBC One prime-time reality television show ‘All Together Now’. Cameron Sanderson has headlined at Camden Assembly and O2 Academy2 Islington while also performing at Summer In The City, where the likes of dodie have performed.

Starting out by posting original content and covers on Youtube, Cameron Sanderson has gone on to make a name for himself with over 126 thousand subscribers. Growing up in Enfield with the likes of Kerrang! on the playlist and surrounded with family members playing musical instruments, Cameron Sanderson’s life path as a musician was set from an early stage. Asking for Linkin Park’s Hybrid Theory for his fourth birthday raised no eyebrows, instead being further rewarded a few years later with the attendance to a festival at Reading in which Linkin Park was headlining. In Cameron Sanderson’s own words, “I’ve been singing ever since”.

Seeking inspiration through many sources, Cameron Sanderson attributes the likes of My Chemical Romance, Twenty One Pilots, Jon Bellion, Jeremy Zucker, Alec Benjamin, Lil Peep, Post Malone, Lauv, Blackbear and John Mayer to his own playlist. In turn, we see his own style sitting close to the likes of  30 Seconds To Mars, Twenty One Pilots and the syncopation style of Ed Sheeran’s rapping.

With a penchant for creating dark and alternative pop, Cameron Sanderson takes a step further, blending genres as he provides his quick syncopation rhythm to the ears of his listeners. Taking dashes of rap, emo and crossing over into soft rock vocals, the musician provides something new to the ear with each listen. In ‘Grey’, we find heavier elements and meeting simple lyics, moving away from the raw lyrical content Cameron Sanderson normally provides. The result is a simple, eloquent track that oozes emotion making for a frank and honest track.

Sharing the intimate details behind, ‘Grey’, Cameron Sanderson tells us, “Leaving an abusive relationship I could only see grey emotionally. The relationship was wrong… but at least it had colour. Seeing in black & white was the only way I could stop myself from going back, otherwise, the colours would just blur. Full of oxymorons & witty one liners this track is exactly that.” 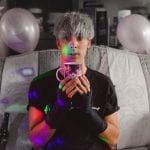