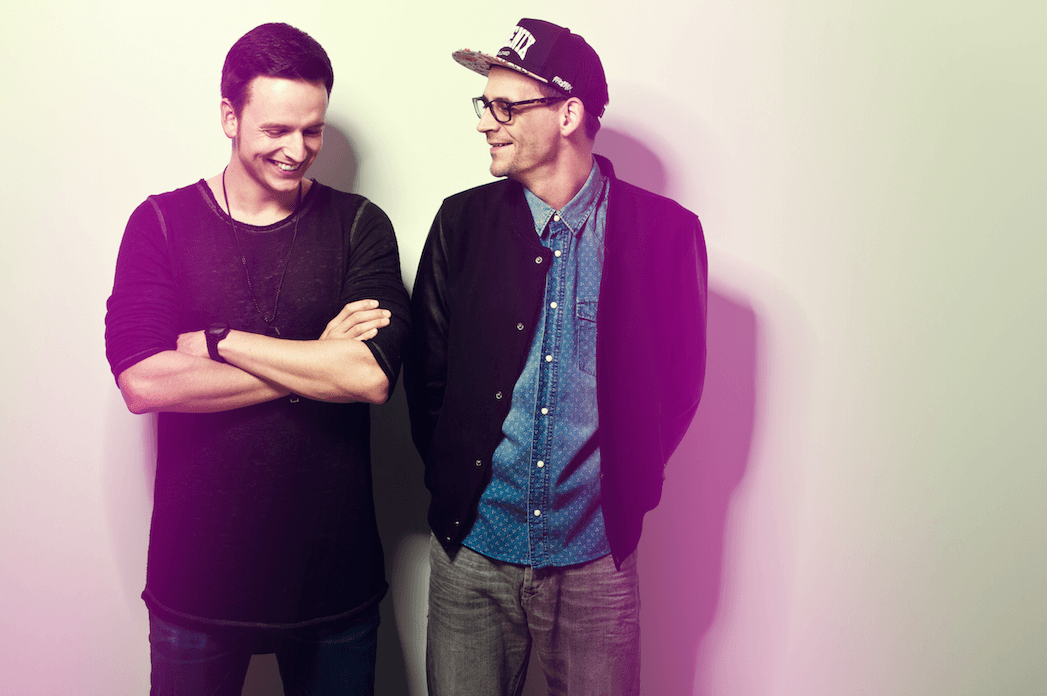 German DJ and production duo Dry & Bolinger are currently on a streak of successful releases that seems to have no halt. Paul Drynda and Daniel Bolinger, the tandem behind the Dry & Bolinger moniker have been blessing Beatport charts since their very first single and have since released numerous top notch projects such as: Tell Her’, ‘Say You Care’, ‘The Soul EP’, ‘Fell in Love Remix’, and ‘I Don’t Know Remix’ to mention a few.

Dry & Bolinger have become synonymous of setting sound quality standards and are certainly the pair to go to for some production advice. We’ve had the pleasure to have a chat with them and unveil what happens behind the scenes at the studio.

Hey guys, thanks for sitting down with us to tell us more about the world of production and sound. When did you get your first interest in production and how did it all start?

Dry: I don’t really remember when but I know I wanted to create my own music when I was a little boy at the age of 10, maybe.

Bolinger: I guess it was 20 years ago, fooling around with the Acid Sonic software, trying to do mash-ups.

How long have you been producing individually and then as a duo?

Dry: I think I started producing back in 2007. Did a few mash-ups and played around with some remix contest packages. I still remember I didn’t tell anyone because I wanted to see their reaction when I played it.

Bolinger: I had so many projects in the last two decades! Paul and I met at a club back in 2011.

Working in tandem involves different dynamics when compared to an individual effort. How do you guys go about producing tracks?

D&B: Yeah that’s true. We are both very busy so there’s not always the time to start a new track together. Anyway, we trust each other and have the same taste in sound. Usually if one of us likes a new idea, the other one does as well. Up till now we never had to argue about how a track should sound like. Sometimes we change individual elements for a better result, but there’s never been an idea one of us didn’t like at all.

Do you guys produce in the same studio or do you work separately?

D&B: We try to sit down together as much as we can but well, we both have our opportunities. Sometimes we work on ideas separately and put it together afterwards. Mostly, we share our ideas via mobile video or a uploaded sound file on the server. Thank god there’s mobile internet almost everywhere, nowadays.

How long does it typically take for you to complete a track?

D&B: Well, sometimes remixes are done within two days, but you never know. There are times when we’re working on tracks for a long time. If we aren’t happy with the results we start something new. Sometimes you have to put those ideas into a folder and continue working on them a few months later.

Do you guys work differently when producing instrumentals and tracks containing vocals?

Dry: We work differently while working on our own. I’m working with Maschine and Komplete a lot. I love to play with patterns and knobs instead of using mouse and keyboard. Daniel is always joking that I won’t be able to close my studio door, soon, because I’m so addicted to gear, hehehe.

Bolinger: Yes, that´s true, this will happen soon, bro 🙂 ! When I start to produce I love to play with some loops, cut things out of them and put the single sounds together into new loops. A new vocal is very hard to find because if you listen to it the first time it has to be “it”, you know? If you have one, you´ll feel like a gold digger who discovers his first nugget!

Walk us through the software and plug-ins you are using right now and the main function you give to each.

Dry: As mentioned before I’m working a lot with NI Komplete because it contains almost everything you need. Kontakt as a great sample player or Massive and Monark as a virtual synthesizers are always part of my production process. Still haven’t checked every single plug-in but I’m on my way.

Bolinger: NI Kontakt is very nice for us, but I still don´t get all the functions it contains. I rediscovered the Nexus, it has some warm sounds from “the past”, the KORG M1 plug-in is just adorable and the NI Massive speaks for itself.

Which plug-ins would you say are essential to achieve the Dry & Bolinger sound?

D&B: We have only few “presets” for the NI Massive and to be honest we experiment with new and old plug-ins and hardware stuff to develop the sound we produce.

Are you eying any new piece of software to add to your setup?

Dry: Cubase will be the next one for me. We’ll enhance our workflow and work with the same DAW finally.

Bolinger: Well, I need to update Cubase in the next weeks, although I always think “never change a running system”.

When listening to other artist’s productions, what ticks your boxes in terms of your liking towards the track production wise?

D&B: I always like to listen to the deep, groovy and dirty tracks and try to analyse them – sometimes it works, sometimes it doesn´t. If then our production starts to sound like a copy of a track I listened to, we´ll delete it or change the whole thing to make it unique.

Putting aside the actual songwriting aspect in a project, who is your favourite producer when it comes to the sonic treatment of a track?

Dry: It’s always hard for me to name only one favourite but at the moment I would say Emanuel Satie never fails. If you don’t know him you should check him out!

Bolinger: Well, for me Rene Amesz is back in the game!

In your opinion, which characteristics make a great producer?

D&B: Emotion, desire, love for the music not for the money ;).

The production industry has taken a huge turn some years ago, passing from analogue to digital. What are the pros and cons of such change?

D&B: Nowadays you can start producing with a minimalistic setup. You just have to buy a computer and the software and you are ready to go. Anyway, we are hardware fans and will add more stuff to our studios for sure. No plug-in can beat a real analogue moog synthesizer for example.

Can you give us a few tips to make productions sound better?

D&B: That’s a good question. Maybe you have some advice for us, huh?
Ok, let’s see. We aren’t very nerdy in that way so we don’t have presets for EQs or channel strips.

Just listen to a single track in your production and think about what you need. If its a Hi-Hat, you will usually need a low-cut. Listen to it carefully to find and avoid disturbing frequencies. Just mess around with the sound and keep the mix clean. Use LFO tools for adding pumpin’ side-chain effects.

Don’t try to produce as loud as you can – dynamics is one of the most important things. While doing the mix-down we turn the volume down to check if we can hear every element of the track.

If you are not happy with the groove, try to mute something instead of adding more elements. Well, there’s so much you can do about sound. Usually you have to find your own way of producing. Listen to other producer’s advice but don’t think it’s the only way to create a great track. Once a friend of us said: “Sometimes simple is simply the best” – and he’s right!

Thanks a lot guys!

D&B: Thanks for having us