My Digital Enemy vs. Prok & Fitch – Get It On 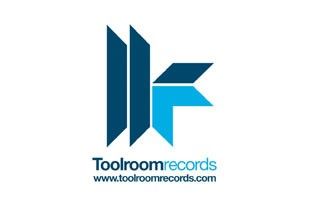 My Digital Enemy vs. Prok & Fitch – Get It On

Long-time mainstays on the global house scene, My Digital Enemy have this time round teamed up with Prok & Fitch to deliver another of their renowned dancefloor weapons on Toolroom Records.  It’s been gaining a huge response from all over the show and even featured on Toolroom boss Mark Knight’s recent guest mix on Danny Howard’s Radio 1 Dance Anthems show.  Get It On is a rumbling, peak-time monster of a tune that’s also featured on Prok & Fitch’s current Toolroom Knights compilation and is, at the time of writing, sitting comfortably as Toolroom’s 8th biggest selling track on Beatport – we’ve no doubt that will be an essential in sets all over for a fair old while too.

Following up from a recent jaunt to Russia to play at the infamous Hospital Club, the future’s looking bright for My Digital Enemy, very bright indeed – as in, they’ll be playing the Virgin Atlantic stage at the Music Factory Festival in Barbados bright.  Not that we’re jealous or anything.  With huge releases on their Zulu Records imprint featuring Hoxton Whores, DJ PP, Jerome Robins and Phunk Investigation, we’re not sure how they manage to find the time to push out the quality releases of their own that we’re used to, but they do, and long may it continue!

A snippet of the track as featured in Mark Knight’s Radio 1 guest mix:
soundcloud.com/mydigitalenemy/prok-fitch-vs-my-digital