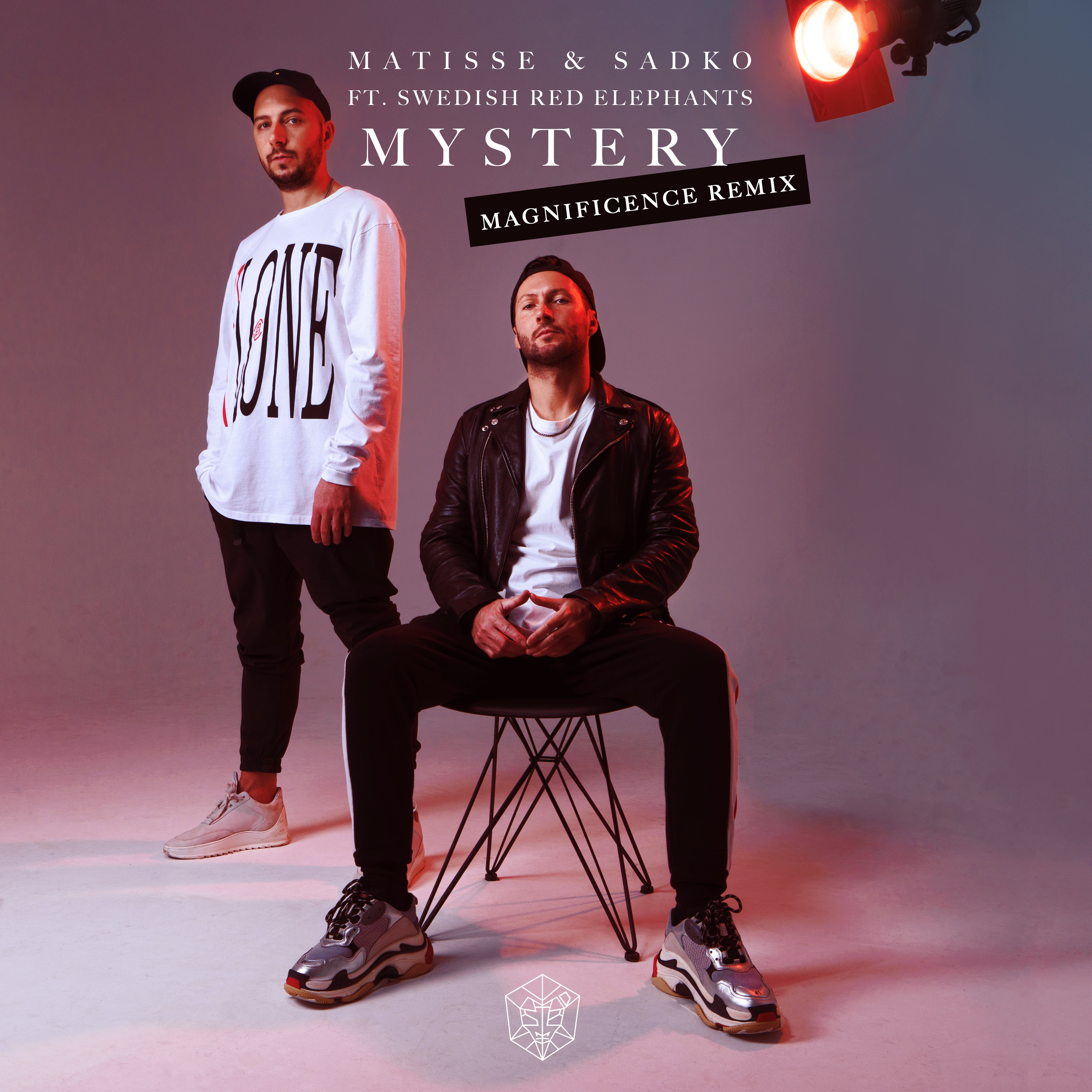 Matisse & Sadko’s gorgeous Mystery has been one of the anthems of the summer, with its superb vocals from Swedish Red Elephant making it a serious earworm. It deserved a turbocharged remix, and Dutch duo Magnificence have stepped up to provide the goods for STMPD RCRDS.

The duo have truly succeeded, taking the beautiful essence of the original and sending it into overdrive. Their immaculately produced version switches between classy, trance-tinged breakdowns and a thumping electro/tribal hybrid groove with immense power, the glorious vocal shining through brightly when it counts. It’s set to give this stellar track an even wider appeal than before, and deservedly so.

2018 has been a big year for Magnificence so far, with releases on leading labels like Axtone and Revealed and most recently a stunning remix ofSunnery James & Ryan Marciano’s Savages. They scored a BeatportElectro House #1 with Out Of My Mind, with three tracks in the Top 10 at the same time. Cobra also hit the #1 spot on 1001tracklists.com — no surprise when you see that their fans include Martin Garrix, Tiësto, Axwell/\Ingrosso, Zedd, Alesso, Don Diablo and David Guetta.

Their EP picked up 2.2 million streams on Spotify already, while Axwellshowed his support in a big way during the Swedish House Mafia reunion set at UMF Miami, tweeting “Magnificence are the future!”

Matisse & Sadko ‘Mystery (Magnificence Remix)’ will be released on STMPD RCRDS on July 27.