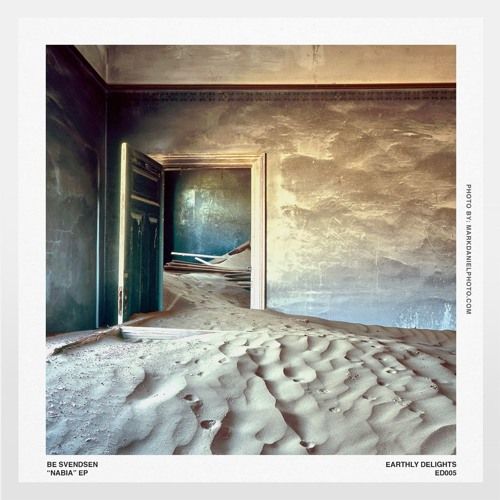 Be Svendsen is the newest member to add his culturally rich musicalities to the Label of Earthly Delights. Offering us his ‘Nabia’ EP consisting of 3 originals. With recently taking over the charts with the famed remix of NU' "Man o to" and his Rebellion debut, this EP is a blissful continuation of his signature sound and works.

His tonal creativities begin with ‘Decoy’, a journey of nomadic tendencies where delayed melodic riffs hover mythically over a measured kick and resonant bass. Drawing inspiration from Middle Eastern musical traditions, Be Svendsen injects moments of discord and resolve into this transcendent blend of music and nature.

Title track ‘Nabia’ is another original and the second in this flavored adventure. After developing an underlying percussion line brimming with organic tones, he inserts loose melodic phrases. The track opens up your mind to dream of the desert, open skies and freedom to dance inside & out.

For final cut ‘Hidâ’, Be Svendsen features fellow nomad Sacha Nielsen. A soundtrack of a track, woody percussion with blissful chimes, creating primal harmonies that celebrate the most native of sounds. Serenity begins with the introduction of lingering ethereal woodwind, accented by the deep chanting of tribal voices.

Highlighting our feral imaginations, Be Svendsen guides the auditor on a journey through the uninhabited deserts, taking music back to it’s tribal roots to produce an EP that can only be described as hypnotic.