Nash Albert In The UK This Week 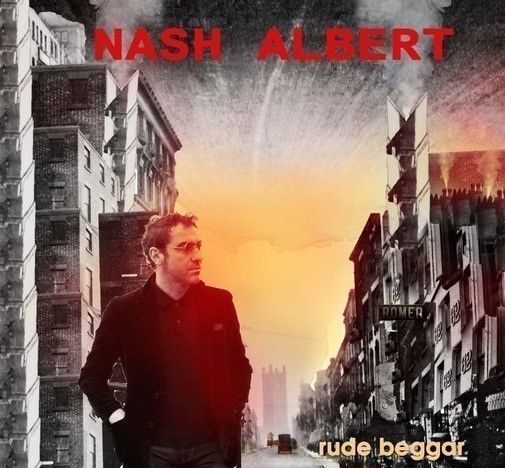 Nash Albert In The UK This Week

Introducing Nash Albert – a singer-songwriter and musician from Tbilisi, Georgia, a country with a rich musical tradition, and birthplace of several other successful acts including Katie Melua. Currently living in Moscow, Nash started playing music behind the iron curtain in the underground scene, influenced by smuggled-in rock & roll records. At his first opportunity he left the (then still) USSR and moved to America where he honed his musical skills playing in various bands whilst working menial jobs.

When Nash returned to Moscow in 1995 he found things had changed drastically. Music, art – the city was experiencing a cultural explosion. With the regulations of the past now lifted, Nash found it to be the perfect environment to play music and form a new band. That band was Blast Unit Moscow, one of the brightest, most successful, unique alternative bands of the Russian rock-n-roll scene. In 2013 they released their final album ‘Krisis Of Genre’, produced and co-written by Youth (The Verve, Beth Orton). NME Magazine called them ”The godfathers of the Russian alternative scene”.

In early 2014 Nash took the decision to concentrate on his solo career. At a night hosted by Alan McGee in Liverpool he met Ian McNabb from 80s New Wave cult heroes The Icicle Works. Nash and Ian hit it off immediately, met to jam and Nash played Ian some of his most recent demos. Ultimately Ian offered to co-produce Nash’s solo album.

Unrestrained by the need to write for the band, Nash’s solo material is more personal & intimate than ever before, with a simpler, more acoustic feel than the post-industrial punk style of his previous band, while still keeping the modern retro rock & roll flavour.

In July 2014 Nash travelled to Liverpool and recorded 9 tracks at Bold Management Studios, co-produced by Ian McNabb and Ciaron Bell. That album is ‘Rude Beggar’, due for release early 2015. Nash will return to the UK in the autumn of 2014 to support McNabb on his UK dates and play his first UK solo shows.