New Festival Summer Love launches with a nod to the old rave days. 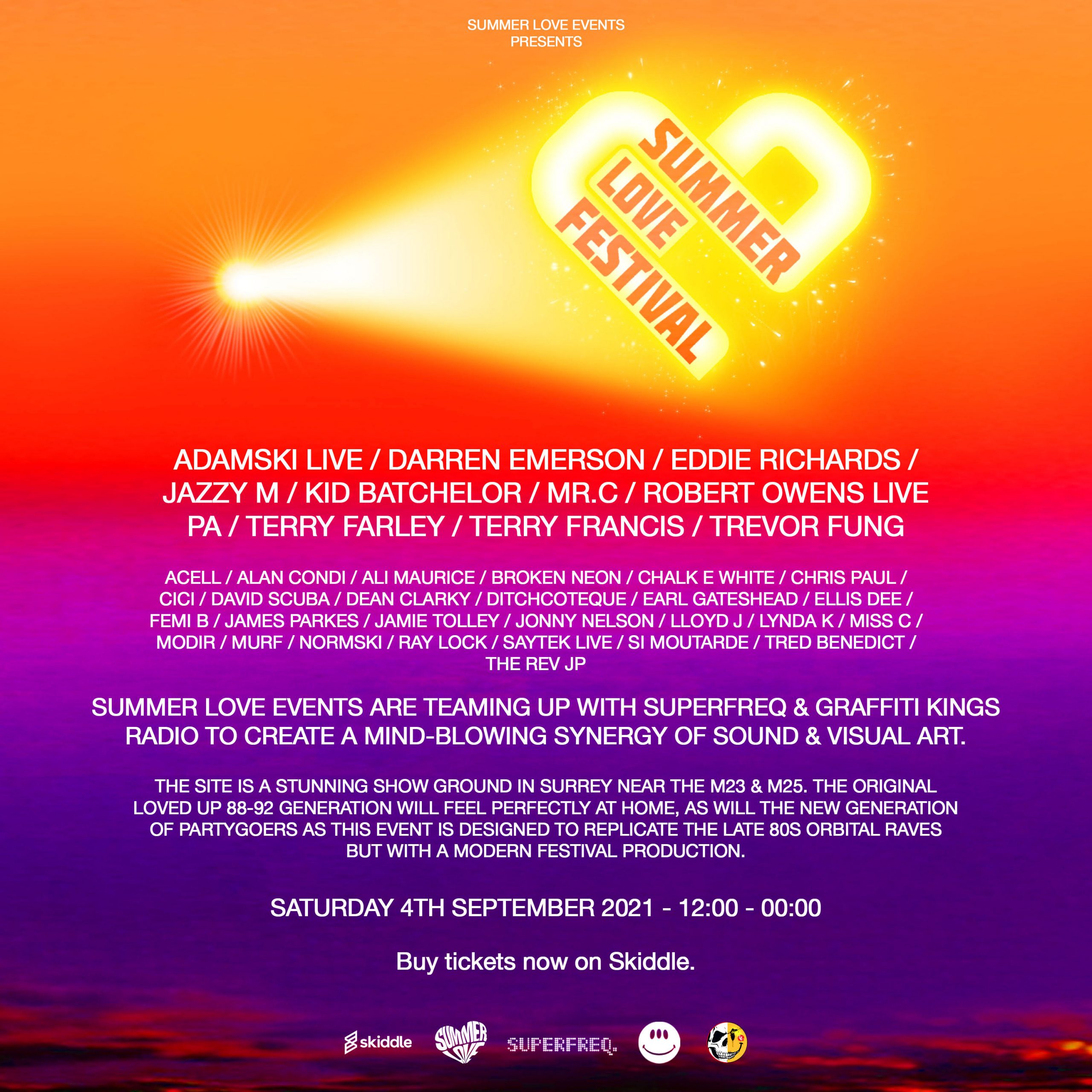 New Festival Summer Love launches with a nod to the old rave days.

It will be bringing up a 12 hours of boutique atmospheres and intimate crowds, cultured house, acid and techno from across the ages. A stunning leafy setting that harks back to the golden era of rave.

The main Summer Love Arena will echo the legendary M25 orbital raves of 1988/89. Strictly non commercial and totally definitive, it will be unlike any other Old School event or festival because of its authentic line up of DJs from the first wave of Acid House and Techno Culture. These are the DJs and artists who created the London scene in 1987/88/89 and are responsible for starting the first wave of underground electronic music that was formative of the dance music culture the world enjoys today.

The sound, lighting, projections and staging production will be fully designed to immerse you in a world of colour like no other. There will also be gourmet food trucks, fully licensed bars, fun fair attractions and merchandise stalls adding to the overall experience. For those who can’t get enough, after hours will be at a brand new 1,200 capacity club in Crawley, 10-15 minutes from the festival site.

The original loved up 88-92 generation will feel perfectly at home at Summer Love, as will the new generation of partygoers, as this carefully curated event is designed to replicate the late 80s orbital raves but with a modern festival production. This specialist dance gathering delivers the very best in House, Acid, Techno & Alternative, music from the roots & inception of Acid House’s  culture right up to today’s current sounds, pulling together discerning old school ravers and the new generation alike. 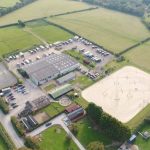 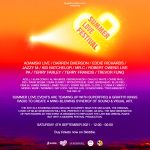