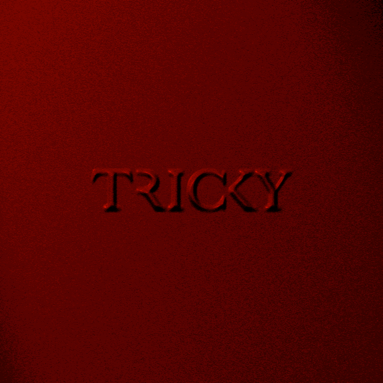 The track, a newly moulded revision of the song ‘Stole’ from Francesca Belmonte’s False Idols released album, was selected as a highlight across the board by critics of ununiform.

Francesca Belmonte adds: “This song is about a baptism of fire. It’s about acknowledging your trauma, facing it, embracing it, loving it and letting it go. It’s about coming out the other side having done the work, changed forever, for better or worse. It’s about knowing yourself and moving on.”

The video was produced and directed by Indexthumb and features Belmonte, laden with molten wax effects and dark motifs relating directly to the lyrical inspiration of the song – and indeed more tangentially to the imagery of Tricky’s musical career to date.

Director Indexthumb adds: "The animation evokes the idea of someone who will only ever let you get so close, shapeshifting playfully, before melting away before your eyes."

Tonight’s sold out show is Tricky’s first in London for four years, and a triumphant return in celebration of the recent success of his 13th album, 'ununiform' – released to widespread acclaim in September on his own label False Idols (via !K7).

The record, conceived in Moscow and completed in Tricky’s new home of Berlin, is a delicate, storming, intricate album which sees Tricky take perhaps his most radical step yet – a journey into happiness and contentment, and an attempt to answer the question, “what does Tricky sound like?”.

Check out the recent in-studio performance of “New Stole” live with Francesca for the weekly ‘Loose Ends’ program at BBC 4 in London: http://www.bbc.co.uk/programmes/p05qhkp7

The album 'ununiform' is out now via False Idols / !K7: https://falseidols.lnk.to/ununiform