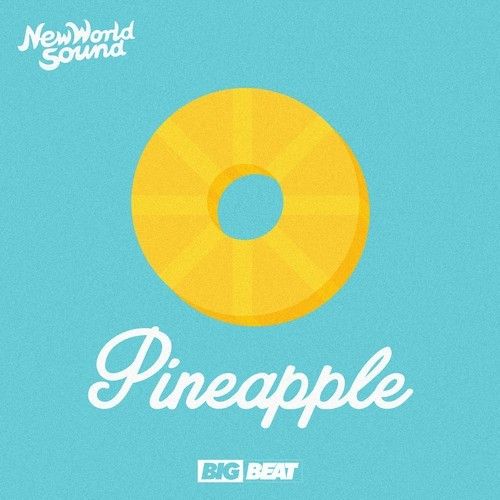 Australian duo New World Sound announce their new single ‘Pineapple’, out 19th May on Big Beat Records. The single comes amidst a flurry of exciting releases from the group this year, including their single ‘Colors’ and its subsequent remix package on Avicii’s label Le7els.

New World Sound’s smash onto the EDM scene was bolstered by their huge hit ‘Flute,’ which has surpassed 20 million views on Youtube and rose to #4 on the Beatport Top 10. Their most recent release ‘The Buzz’ conquered the Beatport main chart by entering at No.1, so it’s fair to say there is anticipation as to what NWS will bring next.

‘Pineapple’ utilises New World Sound’s trademark synth lead hooks along side a unique, ethereal sound to create a full on dance floor anthem. Its pulverising beat and cunning use of samples and rhythms ensures the track will make a huge impact.

New World Sound aka 21 and 19 year old brothers Tyrone and Jesse Taylor are two DJ/ producers currently dominating their homeland around the Gold Coast of Australia, and the world. Their first release ‘Peak’ earned them huge support from artists such as Tiesto, Ferry Corsten and Judge Jules as well as a score of other hugely influential artists.

New World Sound emerged from the studio again in October 2012 with ‘Bantam’, a dubstep-infused club banger, and received praise from the Grammy Award winning David Guetta, placing it on his monthly top 10 Beatport chart and playing it twice on his F**k Me I’m Famous podcast. The release of ‘Aye’ in June 2013 marked the duo’s signing to Avicii’s label Le7els and earned New World Sound their first ever BBC Radio 1 play during Pete Tong’s weekly Essential collection show.