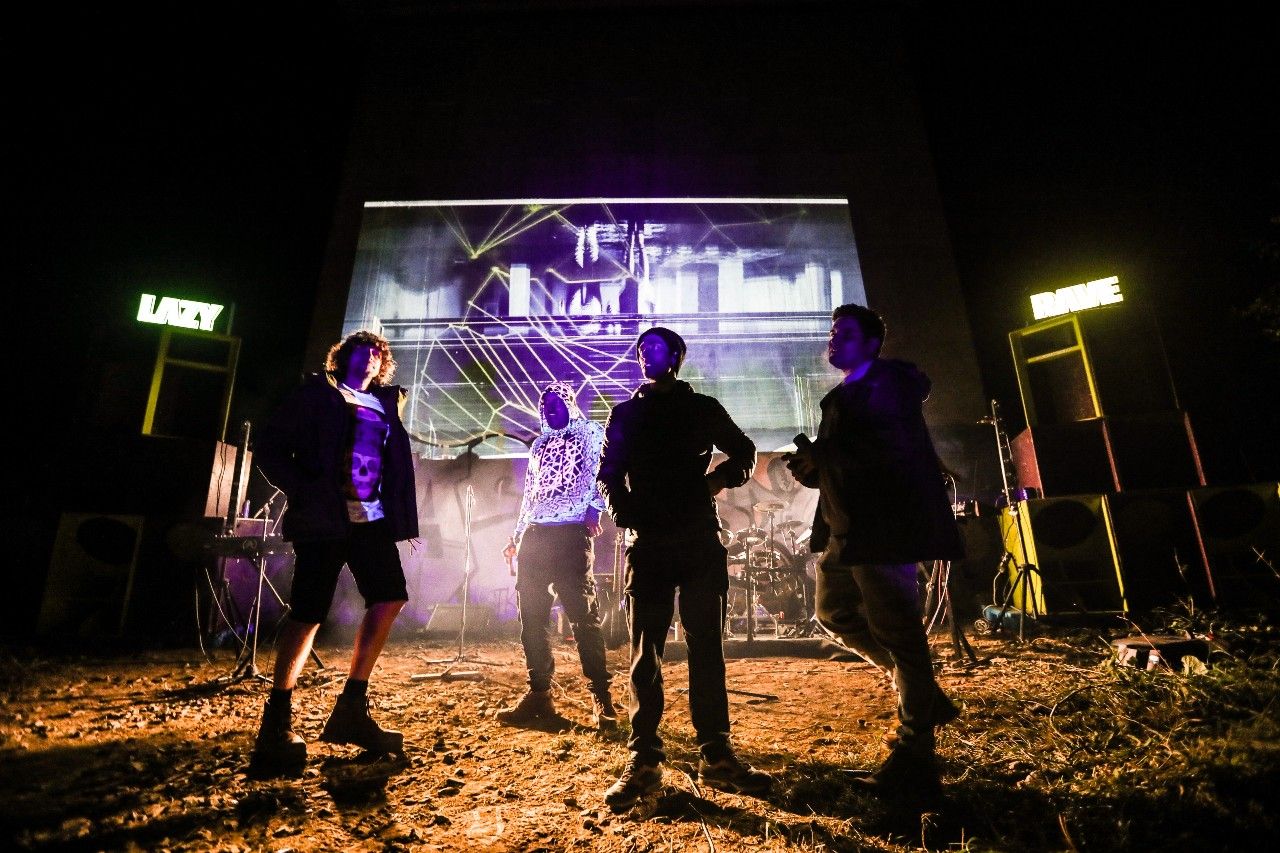 LAZYRAVE are an alternative electronic four-piece creating music beyond genre classification. Hailing from Newcastle upon Tyne, LAZYRAVE was born out of the unlikely union of frontman (Dan Clark) and drummer (Ben Kindlan) from rock & roll band ‘The Kush’ with producer (Mark “Clem” Clemmett) and tech engineer (Pete Cheyne). The four have fused their individual sounds and experiences together, meaning that every rave, every afterparty, every live gig is buried deep in LAZYRAVE’s music, ultimately creating a sound that is uniquely theirs. Now LAZYRAVE return on October 1st with the new single ‘Lazy Raver’. The indie-rock tinged electronic track is a doorway into hypnotic realms, plunging the listener into a colourful soundscape of edgy vocals, explosive bass and scintillating synths that layer an electro breakbeat.

LAZYRAVE on the inspiration behind the track:

“Lazy Raver is an observation of the parties that take place after the club. Incapacitated states, unable to operate, messy kids and wonky eyes. Open the door to no one.”

No strangers to pushing boundaries, LAZYRAVE are releasing an innovative and ingenious AI-manufactured music video to accompany the new track. Entirely created by a machine learning model that synthesizes images from text, the band got an artificial intelligence high, fed it the song’s lyrics and recorded its brain. The result: mind-blowing visuals reminiscent of a wild psychedelic trip, perfectly capturing the mood of the track.

LAZYRAVE’s first official release came in 2019 with ‘1up’. The track was the first song the collective wrote together and inspired the band name LAZYRAVE. ‘1up’ was followed by ‘Music is My Woman’ in 2020. Their previous releases have gained the band support from the likes of BBC Introducing and BBC Radio 6 Music. Having written over 60 songs since coming together 4 years ago, there’s plenty more to expect from this genre-bending quartet.

They’ve been putting on underground raves and parties for the last 11 years, featuring many bands and DJ’s from far n wide. LAZYRAVE is the product of all those parties, merging elements of repetitive electronic music with song structures and vocal arrangements to bridge the gap between those two worlds and create a live show with something for everyone. “We want to create a positive connection with everyone that listens to our music. We don’t stick to a manufactured formula, we try to blend our music across genres drawing from our collective experiences”.

Kinetic, atmospheric, evocative, propulsive, grungy, dreamy, euphoric: LAZYRAVE are an authentic collaboration that have earned their sound and lived their lyrics. 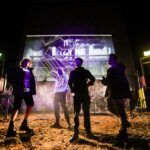