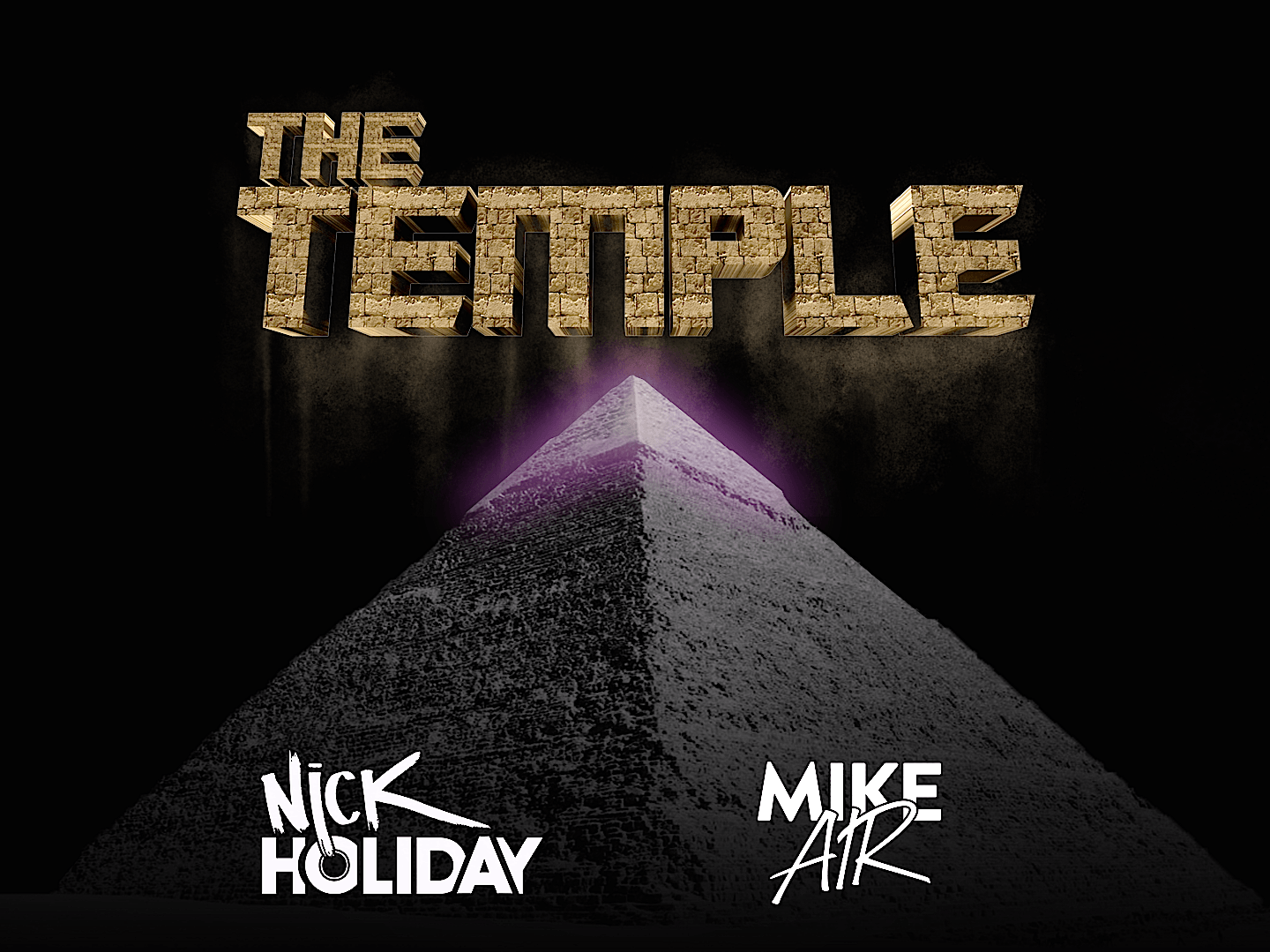 2015 is getting hot already if you’ve got Nick Holiday on your radar and if you’ve not – you can send us a thanks in the post. Smashing through monthly releases with a frankly stunning line of heavyweight productions – this Californian talent is a world-beater in the making and superlatives aside – he’s got the music to back it. Wowing the online community with a string of versatile and consistently-rocking productions, he’s working up a storm for this year we’re planning on being right in the middle for it. Teaming up with Mike Air – ‘The Temple’ is the next stop on the tour and it’s another full-fat dance floor destroyer that’s already adding to the hype around the technical whiz kid.

The intro serves up an unusual synth stab on the start of each phrase, setting the scene for a production that’s rich in innovative and inventive sounds. Washed in reverb and FX, it doesn’t take long to catch on that Nick and Mike are looking outside of the traditional toolbox for sounds for ‘The Temple’. Leading into a dummy drop, there’s a surge of swishing risers, something you’ll hear a lot of in Nick’s recent work and a scattering of FX and fills leading into a breakdown that’ll catch a few dancers out who might have been expecting the full bass show prematurely.

An airy breakdown gives a break to the rhythm before the producers let off a memorable anthemic lead synth section, firing on all cylinders with a song that’ll stick in your head for days. Another trait of Nick’s production is the attention to modulation and variation on hooks – perfectly exemplified here on the ever changing and twisting variations on the main synths. It’s uplifting, full of good vibes and absolutely rammed full of fresh sounding instruments, all electronic by nature, but not your average out-the-box Sylenth patches by any stretch of the imagination. Stuck to the four to the floor rhythm by a super-high frequency clap that’s bordering on hi-hat territory – the guys keep the 4/4 signature locked down whilst the synths do their thing.

Risers and rolls lead into the inevitable drop, which introduces a thunderous kick drum and tuned percussive topping for good measure. You’d have already guessed that these guys take their mixing and mastering seriously, but you still can’t help but offer a thumbs up on the tidiness of the details on the EQ and mix, which left the sub range open for a hammering when the full bodied bass drum take control. Totally screwed vocal fills flash in before pre-determined drops leaving a micro-break of air before the kick drum pounds back with added emphasis. It’s a fresh sound that’s got all the ingredients of a big room hit with that added little extra flavour that makes you recognise Nick’s work when you hear it.

With big feedback on Soundcloud and the world’s dance music press starting to catch on to Nick and his collaborators – we’re expecting to see Nick make a stand in 2015 and we can tell you with confidence that his next projects are going to continue this trend of outdoing himself with each new release.