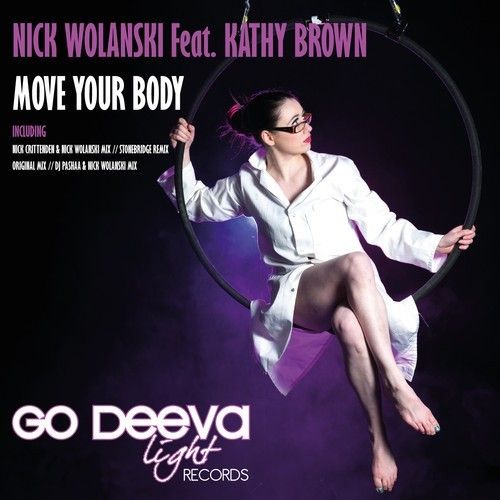 Nick Wolanski is back to business this month after a short spell in the studio working on his next releases, the first of which is this vocal anthem featuring the legendary Kathy Brown – one of the most in demand vocal talents in House music. You can find Kathy on some of the most famous labels in House music. Defected, Strictly Rhythm and now Go Deeva Light – you can see she’s clearly only working with the best in business and Nick is well on his way to becoming just that.

‘Move Your Body’ is a typically cool and dance floor focused release from a producer that’s always got the main room in mind. Nick’s become a popular figure for his remix recruitment selections on recent releases and ‘Move Your Body’ might be his best yet. Fronted by the Dj Pashaa and Nick Wolanski mix – there are no less than four versions available including a huge rework from StoneBridge. Backing up the EP is another offering from Wolanski, this time alongside fellow production whizz Nick Crittenden. The duo take an old skool stance for their collaborative mix, opting for huge strings and an almost UK Garage style bass line.

Nick Wolanski is no doubt a name for 2014, just as he was for 2013. With more hot releases lined up for the Summer, it’s all hands on the desk for one of the most active and exciting breaking talents coming through the House music world.

OUT NOW ON BEATPORT
http://www.beatport.com/release/move-your-body/1255732