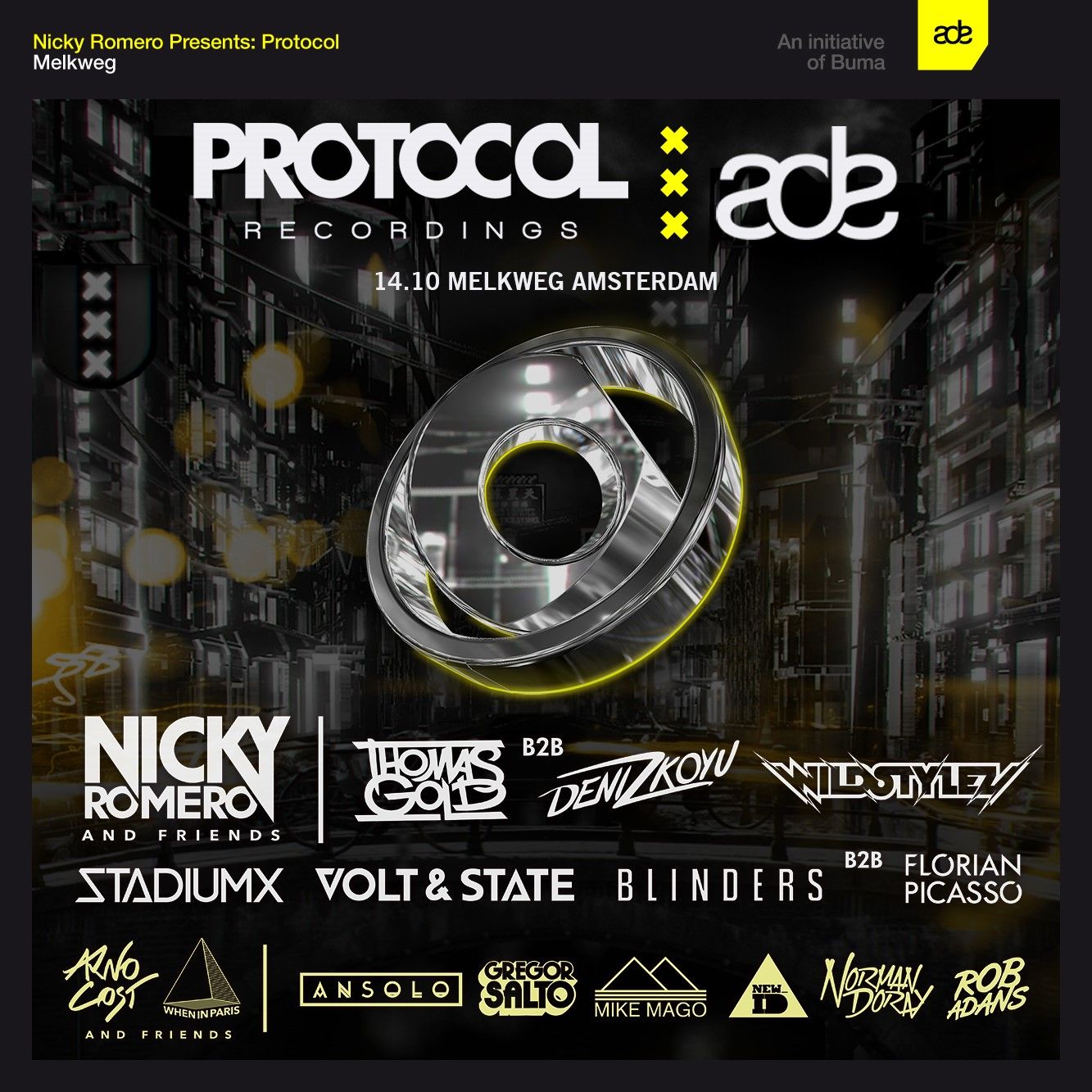 Last month, Nicky Romero announced the return of his eagerly anticipated Protocol concept party to mark the opening of this year’s Amsterdam Dance Event at the legendary Melkweg on 14th October 2015. As he prepares to take to the decks once again at one of the capital’s most iconic venues, Nicky now unveils the full list of friends and fellow DJs he will be bringing along for the ride, not to mention the Dutch debut of Protocol pal Arno Cost’s ‘When In Paris’ party over in Room 2.

Support for Romero comes from globetrotting German man-of-the-moment Thomas Gold and electro-house producer Deniz Koyu, as they team up for an exclusive b2b set to support their upcoming Protocol belter. Promising an epic finale, the newest addition to the Protocol Management team Wildstylez will be showcasing his signature sound, closing the night with a huge array of tunes to keep the dancefloor packed until the very end. Also taking to the decks that evening will be progressive house duo Stadiumx as well as staples of the Protocol family and global dance scene, unstoppable Dutch duo Volt & State. Kicking off proceedings, Polish pioneer Blinders will be going b2b with French partner in crime Florian Picasso to open the night in true style!

Over in Room 2 longtime friend of Romero Arno Cost (and Protocol Management artist) will be taking over for the Dutch debut of his ‘When In Paris’ concept. A concept that has evolved from its radio show roots into a full-blown celebration of feel good house music, the genre-bending French house talent will be bringing NY-based remix specialist Ansolo to play alongside him along with Dutch maestro Gregor Salto. Also joining the party will be Dutch powerhouse Mike Mago, New ID, fellow Frenchman Norman Doray and Rob Adans, with yet more to be announced! The world-class lineup will undoubtedly provide a euphoric soundtrack, brought to life by stunning visuals for a once in a lifetime event.

With early bird tickets selling out in a flash, an all star cast, not to mention the promise of surprise guests that have previously included good friends Martin Garrix, Afrojack, Fedde Le Grand and David Guetta, be sure to get your ticket now!