Nicky Romero has teamed up with Hungarian duo Stadiumx and Grammy award-winning singer/songwriter Sam Martin for the stunning new dance-pop crossover single “Love You Forever.” The song delivers a captivating blend of cinematic instrumentals and organic melodies that let Martin’s emotive vocal verses shine, building into a soft progressive drop that will have your heart soaring. Whether you’re a fan of pop, electronic or anything in between, “Love You Forever” will hit you in the feels and leave you wanting more from these talented Protocol artists. The newest single follows Nicky’s 2019 releases “Midnight Sun” with Florian Picasso, “Ring The Alarm” with David Guetta and “Distance” with Olivia Holt, to name a few. Protocol Recordings’ boss is currently on his “Redefine” World Tour spanning North America, Europe, Asia, so catch him in a city near you!

From young musical wunderkind to renowned performer, producer, label head, Nicky Romero’s illustrious career has brought him to the forefront of modern electronic music. His early hits like “Legacy” with Krewella and the #1 “I Could Be The One” with Avicii took the world by storm, but Romero quickly proved that his talent is ever-evolving and here to stay. After launching his Protocol Recordings imprint in 2012, Romero has continued his personal successes with tracks such as “Ups & Downs” with W&W, “Sometimes” with DallasK & XYLØ, “Be Somebody” with Steve Aoki and Kiiara and more. Additionally, his Protocol Radio show receives over 40M listeners every week across over 100 FM radio stations worldwide and showcases the label’s roster of incredible talent. Among them is Stadiumx, who produced “Rise” with Nicky last year and remixed the likes of Clean Bandit, Robin Schulz, and Gryffin. On the other hand, Sam Martin debuted in 2012 with “Daylight” with Maroon 5. He also worked with David Guetta (“Dangerous,” “Lovers On The Sun”), Armin van Buuren (“Wild Wild Son”) and Steve Angello (“Nothing Scares Me Anymore”) among others. “Love You Forever” is truly a combination of all-star talent! Keep an eye out for more new music coming soon from Protocol.

Nicky Romero just announced an exciting new venture: he will join a good friend, and fellow producer Steve Aoki, as well as Billboard Award-winning group, Imagine Dragons, renowned Latin music producer Tainy, and music executive Lex Borrero as co-owners of ReKTGlobal, the parent company of professional global esports organization Rogue. Romero will support the growth and continued global expansion of ReKTGlobal and Rogue through strategic integrations and partnerships. He will also co-host live streams and deliver creative fan content alongside Rogue players. Nicky Romero himself has long been a fan of esports and now has made his passion another facet of his career. 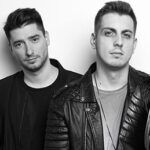