Nicole Moudaber returns with new EP ‘Seeing It Through’ 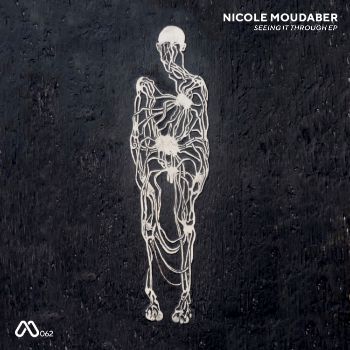 Nicole Moudaber returns with new EP ‘Seeing It Through’

Returning to MOOD Records for her first release of the year, the iconic techno artist Nicole Moudaberkicks it up a gear with ‘Seeing It Through’ – a three-track weighty EP which is everything we expect from the label boss and more. Out now, the EP follows on from last year’s hugely successful collaboration withMoby on ‘Adoption’.

Nicole’s latest contribution to MOOD’s discography continues to highlight her innovative productions, showing no bounds to her creativity. Leading with ‘Seeing It Through’, the universal message is a rolling, hypnotic groove with haunting echoes whilst ‘Common Dreams’ has listeners in trance through its euphoric twist on the breakdown. Rounding off the collection, ‘The Sun At Midnight’ is a mystical, moving piece where atmospheric pads and chords whip up strong sense of the unknown.

Kicking off a very exciting time for the world renowned producer, the next few months see Nicole perform across both weekends at Coachella Festival, a rare headline warehouse show in Amsterdam alongside local legend Secret Cinema and close out Movement Festival for a B3B with Dubfire & Paco Osuna. During IMS, Nicole will be bringing her In The MOOD radio show to Dalt Vila for a special live broadcast. Over the course of seven hours, Nicole will be interviewing artists on the lineup, Ibiza legends and island promoters to bring the backstage access to listeners worldwide. The unique show will be live streamed online and broadcasted across the globe to 50 countries.

Winner of several accolades, including Best Radio Show and Best Minimal/Techno Track, Nicole is never one to stand still. She is constantly working to advance and evolve; to better herself and grow as an artist and a human being; 2018 saw Nicole launch her charity ELEVEN, fighting against and raising awareness of Female Genital Mutilation.

The global reach of her MOOD empire has led to Nicole curating MoodZONE festival stages at the world’s biggest events: Electric Daisy Carnival (New York, Las Vegas & Orlando), California’s Escape, and BPM Festival (Mexico & Portugal) joined by friends such as Carl Cox, Sasha, Danny Tenaglia, Chris Liebing, Paco Osuna, Pan-Pot and Dubfire. MOOD the label, has served as a home for an array of the most intriguing productions of recent times since launching five years ago, previously hosting names such as Jamie Jones, PanPot, Carl Craig and Carl Cox, whom Nicole collaborated with for her milestone 50th release on the imprint.

Tracklist:
Seeing It Through
Common Dreams
The Sun At Midnight