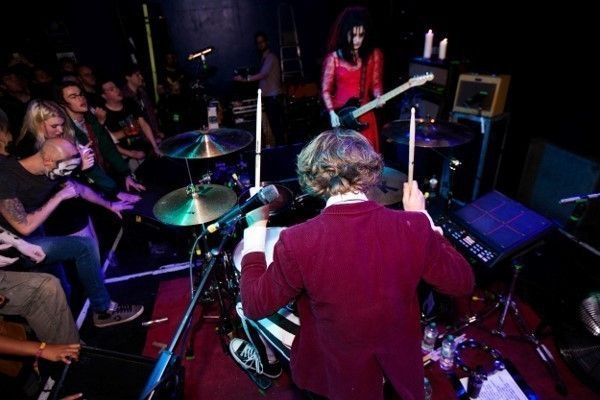 Over 3000 revellers took to the streets of Camden Town last Saturday for the in augural Nightmare Festival – London’s only Halloween themed metropolitan music festival! Acts such King Charles, Blood Red Shoes, Man Like Me, Howling Bells and Elliott Minor played alongside a stacked bill of rising new acts, including Allusondrugs, Dead!, Sykes, Hunter and the Bear and Hero Fisher.

Bands and punters alike got completely into the spirit of the festival, donning their most gruesome and ridiculous Halloween garb – including headliners of the legendary Dingwalls, Blood Red Shoes, with their Beatlejuice inspired getup!

Having already impressed with this summer’s Camden Rocks festival, organiser Chris McCormack is already looking to next year’s Nightmare Festival: “I’d really like to thank all the bands that got dressed up and into the spirit of it all. What a fantastic day! So many hilarious characters running wild in Camden Town – which is what the event is about. See you next year!”.