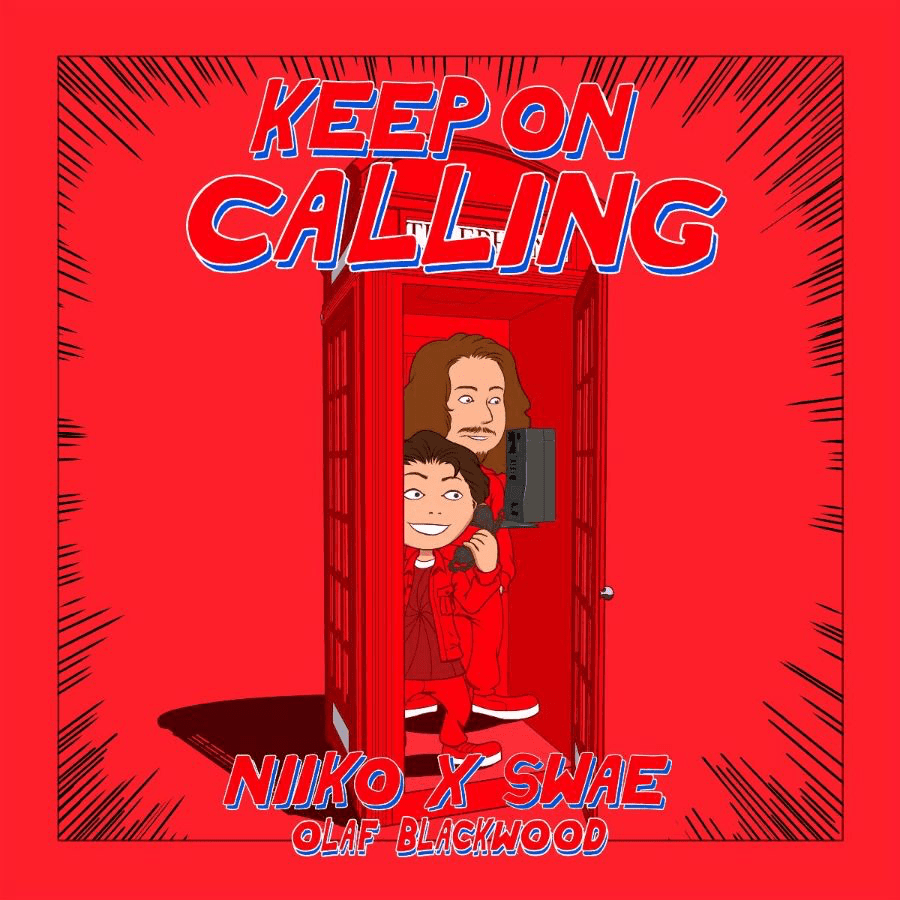 ‘Keep On Calling’ is a deftly-produced track that draws in listeners with the sweet vocals of Blackwoodand the trademark production of Niiko x SWAE. Beginning with a subtle yet harmonic intro, the track builds with playful drums and gentle keys which transition into a groove-ridden drop.  The track is sure to get everyone dancing on their feet just in time for summer.

Lyrically, ‘Keep On Calling’ is a ode to all of the ex’s that keep on calling. Niiko x SWAE are currently throwing a contest for fans to send in their wildest texts and voicemails from past relationships to win aVIP experience to Niiko x SWAE’s next residency performance at Hakkasan Las Vegas on July 26th! Contest Rules Here!

After making noise through their lively debut performance at Coachella’s Heineken House and beginning their 2019 residency at Hakkasan in Las Vegas, Niiko x SWAE are taking the electronic music scene by storm. The duo’s live set is filled with beat-driven grooves, pulsing synths and big bass anthems which make them trailblazers in the world of future bass music.

Niiko x SWAE’s previous releases ‘Run This Town’ and follow up single ‘Losing Myself’ have a collective 2 million streams on Spotify. They later released their most recent track ‘Hold Tight’featuring Subtoll which has gained over 345,000 Spotify streams and was remixed by DARKO, 2 Man Embassy and Tropix & Wyle as part of a 3-track remix package.

Olaf Blackwood is no stranger to the electronic music scene. Having featured on breakout dance hit ‘I Need You’, by Armin van Buuren and garnering over 56 million streams on Spotify, the track was recognized in BPM’s Top 51 Songs of 2019. The Jamaican singer belts vocals that marry well into the melodic tunes of dance music making him a go-to collaborator and seasoned artist.