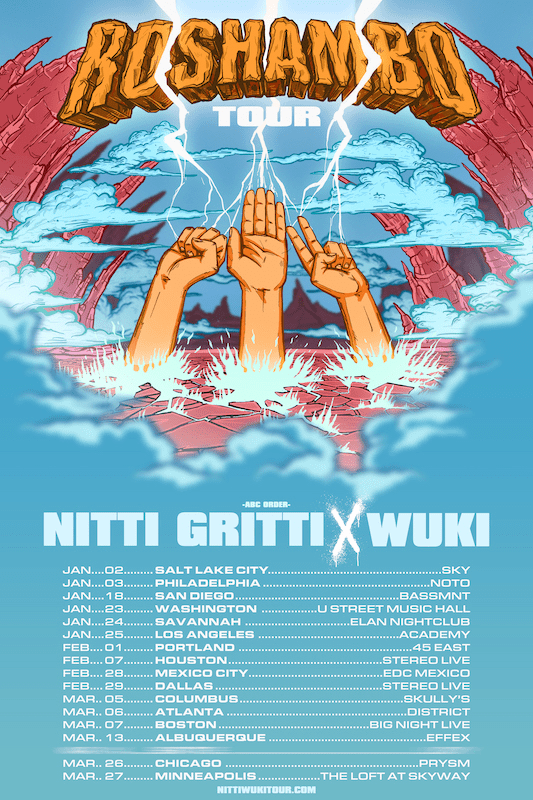 Esteemed US producers Nitti Gritti and Wuki join forces on a co-headline North American tour ‘Ro Sham Bo’ set for 2020. The tour will be accompanied by a 3-track EP ‘Ro Sham Bo’. Tickets officially go on sale Friday, December 6th and can be purchased here http://www.nittiwukitour.com/.

Kicking off the ‘Ro Sham Bo’ tour January 2nd, the 17-date co-headline tour will begin in Salt Lake City, then move through Philadelphia, San Diego, Washington, Savannah and Los Angeles for the first month of the year. Leading into February, Nitti Gritti and Wuki will hit Portland, Houston, Dallas and Mexico City, then rounding out the tour in March with performances in Columbus, Atlanta, Boston, Albuquerque, Chicago and Minneapolis.

With 2019 turning out to be a prolific year for both Nitti Gritti and Wuki, the best is yet to come with many more surprises in store for the two producers in 2020. 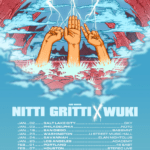