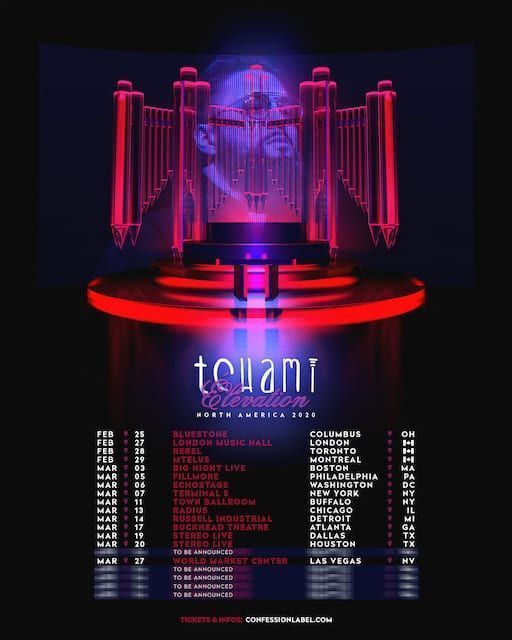 Paris-born DJ and producer Tchami has announced his 2020 North American tour ‘Elevation’. Taking place across the US and Canada, the tour will span across 15 dates from February through April with additional dates still to be announced. The artist presale will start on Wednesday, December 4th at 10am local.  Fans can subscribe to the e-mail list on confessionlabel.com to receive first access to tickets with code. Tickets officially go on sale on Friday, December 6th on confessionlabel.com.

Kicking off in Columbus, Ohio on February 25th, the ‘Elevation’ tour will advance into Canada for a few special dates in London, Toronto and Montreal. Shifting to the East Coast in March hitting cities in Boston, Philadelphia, Washington, D.C., New York and Buffalo, Tchami will then move into Chicago, Detroit, Atlanta, Dallas and Houston until the end of the month. Rounding out the tour with a show in Las Vegas, Tchami will additionally have a few special performances in the Spring.

Concluding 2019 with his latest single ‘Rainforest’ (over 1.2 million youtube streams) along with upcoming NYE performances at Audiotistic in San Bernardino, Snowglobe in Lake Tahoe and Decadence in Arizona, Tchami shows no signs of slowing down in the new year with many more surprises to come.

Coining the term future house, and widely recognised as it’s creator, the French producer has since toured with Skrillex, Diplo and DJ Snake whilst collaborating with the likes of Martin Garrix, Jack Ü and AC Slater. As a member of the DJing quartet ‘Pardon My French’ and founder of his own label CONFESSION, his expertise and breadth as a producer and songwriter remain unrivalled. His label has seen him foster and develop artists such as Malaa, Mercer, AC Slater, Dusty Cloud, Loge21 and numerous others independently on a global scale.

His versatile fusion of UK bass, EDM, future house and everything in between renders him a truly electrifying, world-leading DJ and visceral showman. This has seen him perform at the likes of Creamfields, SW4, Mysteryland and Dreamland over the course of 2019.

Don’t miss out on this opportunity to catch one of dance music’s true innovators doing what he does best. 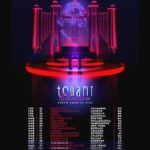