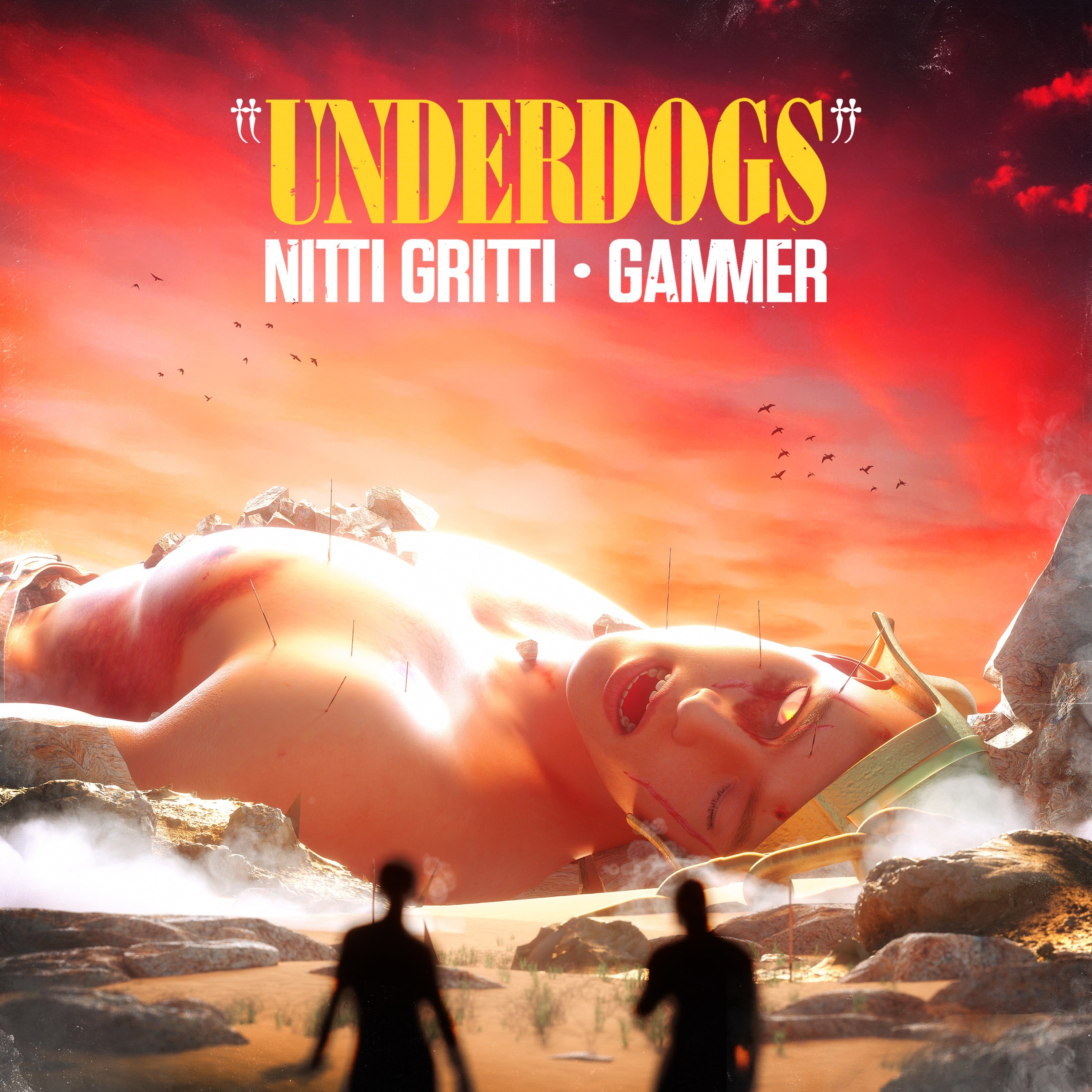 by ihouseuadmin
0 comments
When it comes to entering the bass arena, Nitti Gritti and Gammer are among an extremely select group of heavyweights that have continually spawned genre-blurring productions. At long last, the Miami resident and UK native have decided to treat fans to one of dance music’s most highly-anticipated releases as the two join forces for the release of ‘Underdogs’. Following Nitti Gritti’s inaugural ‘Drive’ EP on Diplo’s Mad Decent last fall and Gammer’s debut Diplo & Friends guest mix, the duo are making their way back to the iconic imprint as ‘Underdogs’ is officially out now via all streaming platforms.
STREAM/PURCHASE: NITTI GRITTI & GAMMER – UNDERDOGS
It is safe to say that dance music enthusiasts have been patiently holding on for this production to see the light of day since its initial debut in early 2018. A cinematic introduction and progression immaculately sets the stage for the mental creation to infiltrate DJ sets everywhere this summer. An unquestionably infectious breakdown transitions into a bass-riddled chorus that is flooded with hostile synths and pounding drop stutters as both artists flawlessly showcase their prowess in the studio. While the title of the track may be ‘Underdogs’, Nitti Gritti and Gammer have consistently discredited that notion as they have secured their status as two of the bass genre’s most dynamic talents.
STERAM/PURCHASE: NITTI GRITTI & HOODLIT FEAT. GUAPDAD 4000 – ‘BALLIN’

Nitti Gritti has been on an unstoppable tear in the past 12 plus months, collaborating with icons such as Enrique Iglesias and Pitbull, making his debut appearance on Diplo’s Mad Decent and even had a collaboration with the label boss on Bad Bunny’s latest LP. Nitti Gritti is also still riding the momentum from his official remix for Lil Wayne, Bazzi & Netsky’s collaboration and has upcoming music locked in alongside some impressive names including NBA Hall of Famer Shaquille O’Neal, Diplo and many more.

After his breakout ‘The Drop’ EP was heard in nearly every DJ performance over the last year, Gammer has quickly tested the limits of his newest artistic chapter, which sees him breaking out of the subcultural fringe of the hardcore scene and experimenting with new styles and foreign sounds. Recently removed from his Crankdat-assisted production ‘Riot’ as well as ‘Underdogs’, the English veteran is readying himself for another monstrous summer season set to be filled with more genre-defying music.