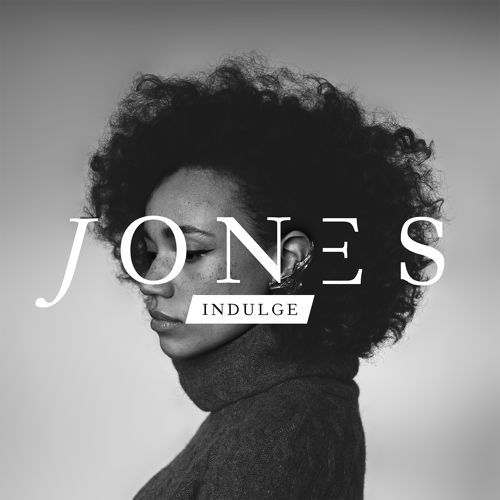 In the same week her current single ‘Indulge’ was promoted to the B-List on BBC 1Xtra, singer-songwriter JONES has showcased her vocal talents as a featured artist on the new HONNE track ‘No Place Like Home’. The track is taken from the London duo’s EP ‘Over Lover’ out this week on Atlantic.

With almost half a million streams on Spotify, ‘Indulge’ has been gaining some serious heat. The title track of her debut EP, which caught the attention of Sam Smith who branded it “stunning” in a personal tweet recently, the single is also available to hear as an acoustic version here:

Raised in east London by her soul-loving mum on Stevie and Luther, at an early age Cherie aka JONES began to turn her most private diary entries into songs, and her small shows for family members became tentative open mic sessions.

Over the past couple of years, she’s been gradually letting others into the world she’s created; namely, XL’s resident producer Rodaidh McDonald and newcomers Brunelle (on Deep), multi-faceted Ninja Tune artist Raffertie (on Indulge), and alt-pop mastermind (and brother of Jai) A. K. Paul (on You). Together with these collaborators she blends polished electronic sounds with raw, organic elements, echoing her modern musical loves, Little Dragon and Lykke Li.

While on the surface these songs all have a soft romantic touch, JONES writes about love and life from the perspective of a tough-skinned outsider. ‘Indulge’ is the most ecstatic love song from the bunch, but between the subdued guitar licks and catchy chorus lies a sharp-edged message about the tricky power (im)balances of love:  “I’m in danger, but I savour the thrill of you.” JONES’ lyrics, dig beneath melancholia and insecurity to unearth beauty in the small victories of self-discovery.

JONES will be performing live in Copenhagen at Vega on 20th October. Stay tuned for news of her new single and additional EU tour dats.