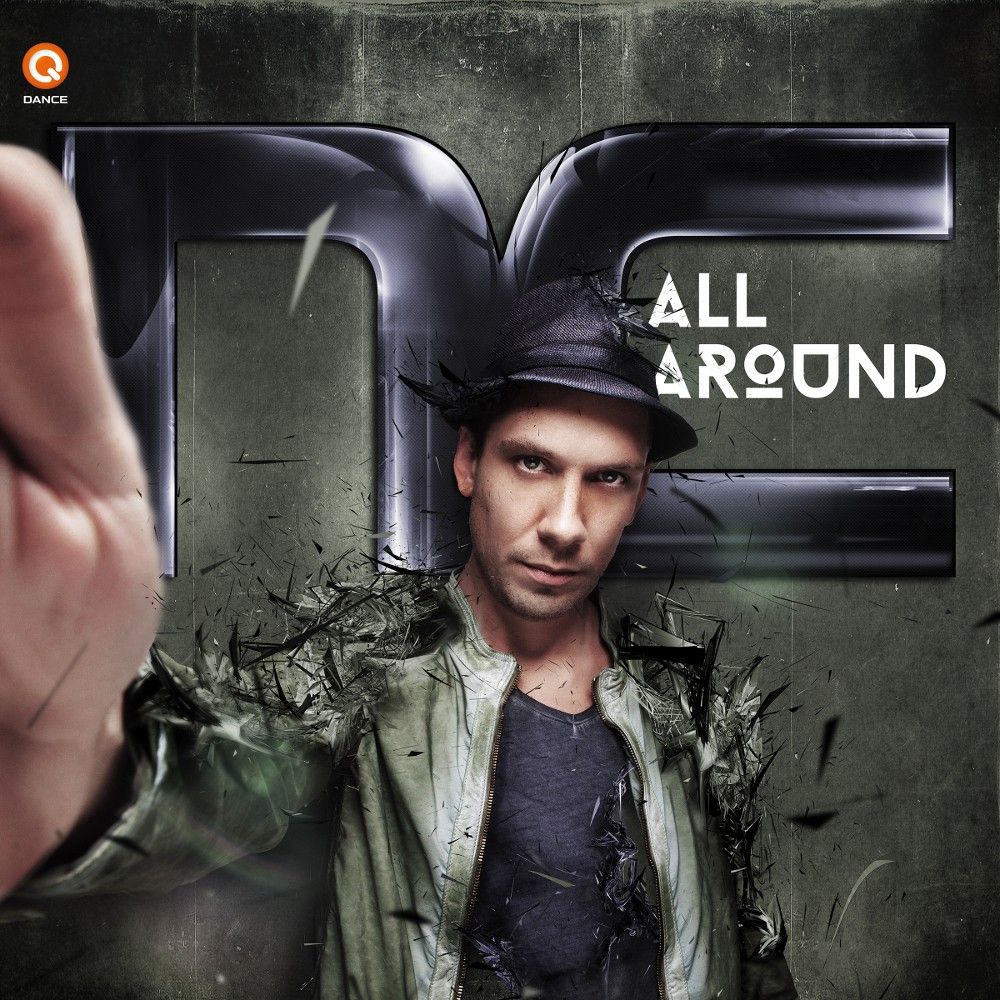 Since 2005, Noisecontrollers had one goal in mind: to bring hardstyle to the next level. With the emergence of hard dance in North America, Bas has been at the forefront with the increasingly popular movement, and is releasing his first solo album “All Around”, releasing on Q-Dance.

Coming out of the gates strong with lead single “All Around the World,” this album will be fast paced and a bittersweet follow up to “E=NC2”, with a fresh refined sound including infectious vocals, in-your-face bass kicks and the iconic Noisecontrollers sound.

A note from Bas:
“I wanted to create an album with a wide musical spectrum within the Hardstyle genre where my aim was to create a renewed and improved sound without losing that typical Noisecontrollers sound. The album has a bit deeper, serious and more melodic feel than the previous Noisecontrollers album. It also doesn’t really follow the current hypes in the Hardstyle genre.”

“All Around” is a complete package filled with addictive foot-pounding tracks,  fused with strong vocals and climatic synths like the second single, “What?!” and “Waves.” “Down Down” displays the diversity of Noisecontrollers, combining traditional hardstyle sounds with gritty folk acoustic guitars and raw distorted vocals, making this album one of the most comprehensive hard dance album to date.

In 2013, after having shared many great and unique experiences, Noisecontrollers shocked the hardstyle community as they announced they were headed in a different musical direction. Arjan decided to follow a new path in music and announced his departure from Noisecontrollers.

As a duo, Noisecontrollers stood atop the hard dance world,  rated as #1 Hardstyle duo by DJ Mag, creating anthems for DefQon.1, Decibel, Iqon and In Qontrol. Playing every major hardstyle festival you can think of and released the massive crossover track with Showtek, “Get Loose” – getting a sexy rework by Tiesto himself.

On February 14,  Noisecontrollers kicks off his North American Tour, hitting Seattle, New York, Vancouver and more. Bas will also be a special guest on Hard with Style which will be available on iTunes at January 31st. Hard With Style is the most listened to Hardstyle Podcast, presented by the legendary Headhunterz.