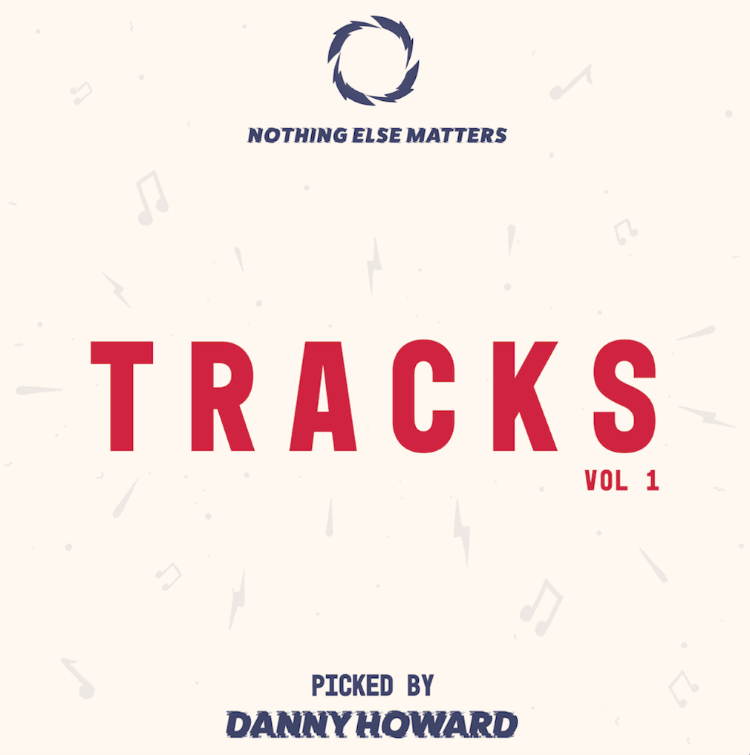 BBC Radio 1 host Danny Howard has unveiled a brand new four-track EP on his Nothing Else Matters label. Set for official release on 18th August, the production features tracks from the likes of Eddy M, Eli Brown, Guz, and Illyus & Barrientos.

Fresh off the back of his ‘Work That/Holla’ EP on Shadow Child & Kry Wolf’s mighty Food imprint, the EP marks Vol. 1 of ‘Nothing Else Matter Tracks – Picked by Danny Howard’, a brand new collection of fresh club tracks which represent the vibrancy of Danny’s live sets.

Kicking things off with illustrious duo Illyus & Barrientos with their Balearic flavoured cut ‘Sounds. Supported by the likes of Danny’s fellow Radio 1 tastemakers Annie Mac and Pete Tong, the Scottish pair have carved out a reputation for high intensity hits, and offer more of the same here with a real dance-floor destroyer. Next up is ‘Work On You’ by Eli Brown, the Bristol-based DJ uses a rumbling hook and reverberated vocal that echoes dance classics of yesteryear to give the production a real high tempo feel.

The next track in the EP, ‘Get On Board’ by Guz, offers a real techno flavour to the compilation with perfectly constructed melodies offering a deeper feel, before Like’ elrow favourite Eddy M’s rounds things up with ‘5 Tips’. The track takes on a thumping bass line, which offers a recurring theme for the EP, with cymbal claps adding real depth to the production.

On the road as a touring DJ, Danny Howard has clocked up a succession of career-defining gigs, including appearances at EDC Las Vegas, Global Gathering, Gatecrasher, Ministry of Sound, Creamfields and tours in America taking on clubs like Pacha NYC, Marquee in Las Vegas and Spinnin’and Perfecto parties in Miami.

His Nothing Else Matters label, signed to Ministry of Sound, was launched in 2015, giving opportunities to highly promising up-and-coming talents from the world of dance music,  with 99 Souls’ Platinum-selling ‘The Girl Is Mine’ becoming the first ever track released on the label, amassing over 80 million Spotify plays and scoring a #5 in the UK Singles Charts in the process.