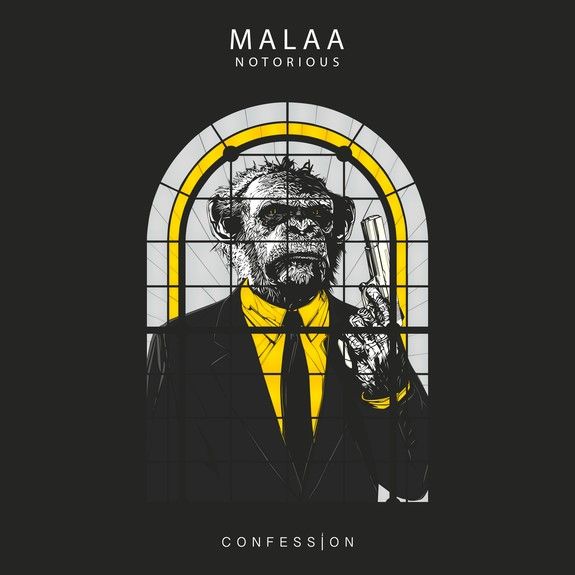 Last week, we celebrated the launch of powerhouse French producer Tchami’s record label, Confession and the first track to be released off the new label, “Hey Girl.” Already quickly capitalizing on this venture, Tchami is now proud to present yet another free download and the second release from Confession, “Notorious” by masked mysterious Parisian producer Malaa.

Premiered on Pigeons and Planes, the future house-infused track is paired with striking kick-drums, menacing bass lines, an ode to Notorious B.I.G. himself with deep modulated vocals, and layered with a crisp and ominous melody that has produced an exceptionally groovy and timeless track perfect for festivals to intimate nightclubs.

Following cosigns from DJ Snake and Tchami, remixes for the likes of Major Lazer and Post Malone, and his growing Who is Malaa? mix series, Malaa’s “Notorious” adds to the unknown Parisian producer’s ever-growing musical palette, whose debut masked performance in Paris back in July has been raising eyebrows over his real identity. The momentum keeps building for Malaa and this latest track is another step in the right direction for both the artist and the promising label.