London-based artists OFFAIAH and BACATME have collaborated on new single ‘What I Grew Up On’, out now via Subjekt.

Defected Records signee OFFAIAH first made an impact in the dance scene with ‘Trouble’ that has gained more than 35 million Spotify streams and heavy rotation across international radio. This later saw him sign to Defected Records and release singles, ‘Work It Out’, ‘Push Pull’ and ‘Somewhere Special’, having his biggest summer to date by making his debut at Ushuaïa Ibiza, while performing at Eden Ibiza, Defected Croatia and Ibiza festivals.

The club-ready anthem holds a nostalgic feel with an instant catchy vocal hook that takes listeners to reminisce their earlier years of partying and growing up on good music. Both producers come together for ‘What I Grew Up On’ with OFFAIAH’s producer’s pounding arsenal of basslines and formulaic vocal hooks from BACATME.

BACATME first made an impact in the scene earlier this year with huge debut ‘How We Do’ on DJ S.K.T’s label Stashed Music. The London producer has since making his way up through the scene through guest mixes on Kiss Radio and support from Martin Ikin.

Sure to go down as a summer anthem on dancefloors everywhere, ‘What I Grew Up On’ is out now via Subjekt. 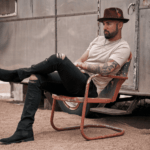