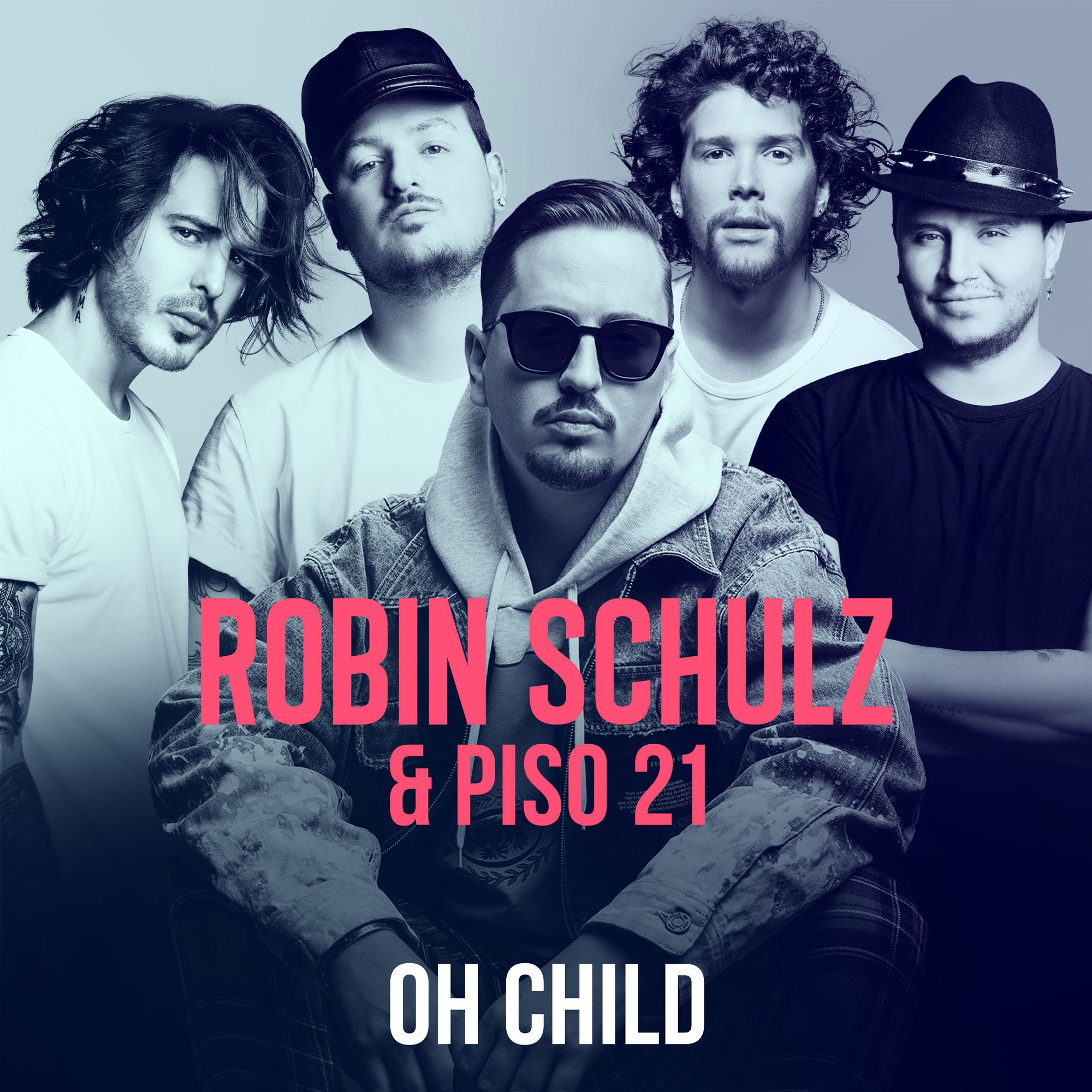 Drawing the listener in with an uplifting whistling riff, the Latin-infused single leads into a dance-inducing drop that takes the original to a totally different realm. Boasting crystal-clear synths and Piso 21’s emotive vocals, the track’s rolling Reggaeton bassline demands the listener to groove along over its 3-minute duration.

“I’m super excited about this ‘Oh Child’ remake,” says Robin Schulz. “Piso 21 are great guys. I really love the special vibe they’ve brought to the track. This is the first-ever time I’ve worked with a Latin American band and I can’t wait for the single to be released.” ‘Oh Child’ is the fifth single released off Robin Schulz’s critically-acclaimed album Uncovered. Released in 2017, Uncovered shows Schulz at his most versatile and eclectic as he collaborates with the likes of David Guetta, Cheat Codes, James Blunt, Hugel, Marc Scibilia and now Piso 21.

Prior to Uncovered, Schulz also found tremendous success in 2015 with ‘Sugar (feat. Francesco Yates)’, which went on to be streamed over 600 million times worldwide. Perhaps most impressive, his debut track, the record-setting ‘Prayer in C’, stands as the most successful track internationally of any German act to date. Less than three years in the making, Schulz ranks among the most sought-after acts on the globe, as well as one of the most streamed artists worldwide, amassing 3 billion plays and counting. He has also topped the singles charts in more than 20 countries, earned over 200 Gold and Platinum certifications, a GRAMMY nomination, three Echo Awards and record sales in excess of 12.3 million.