OK Go to release their album Hungry Ghosts as DNA 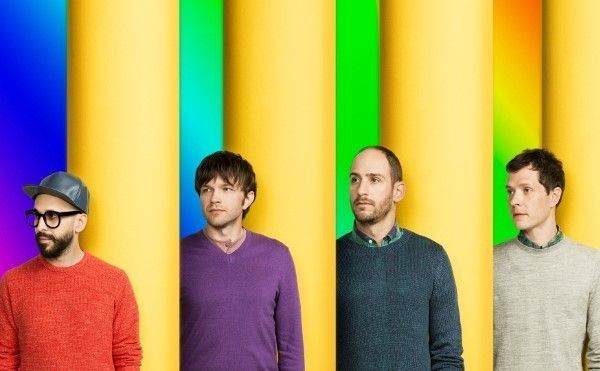 OK Go to release their album Hungry Ghosts as DNA

In a recent interview with The New Yorker, OK Go frontman Damian Kulash detailed the bands plans to release their forthcoming album Hungry Ghosts on a brand new format: DNA. Biologists at UCLA are translating the music files into DNA strings, in the first known experiment of its kind.

This experiment raises questions and ideas on the future of music – a forever changing industry that is virtually unrecognisable now to how it was twenty years ago. But this is typical of OK Go, who have continually pushed the boundaries of technology in order to do things differently than any other band.

OK Go recently utilised other technological firsts for their ‘I Won’t Let You Down’ video, which has now racked up over 14 million views on YouTube. As well as using a specially designed drone camera to film the video, the band also used Honda’s UNI-CUB, a unique omni-directional driving wheel system that is currently in the development stage. The single is released via iTunes on 8th December, or available now if you pre-order the album.

This follows a continually forward thinking career that has seen the band establish their own DIY trans-media mini-empire following a major label split, win several awards for their music videos, and collaborate with everyone from pioneering dance companies, to technological giants, to The Muppets. Apple marketing chief Phil Schiller famously called OK Go “the first post-Internet band, the first band to use the internet as a medium of art, not just commerce.”

OK Go release their new album on 16th February 2015 (Paracadute/BMG) on MP3, CD, vinyl and in the future, DNA. Tickets for their one off show at London’s Koko on 13th February 2015 are available now.