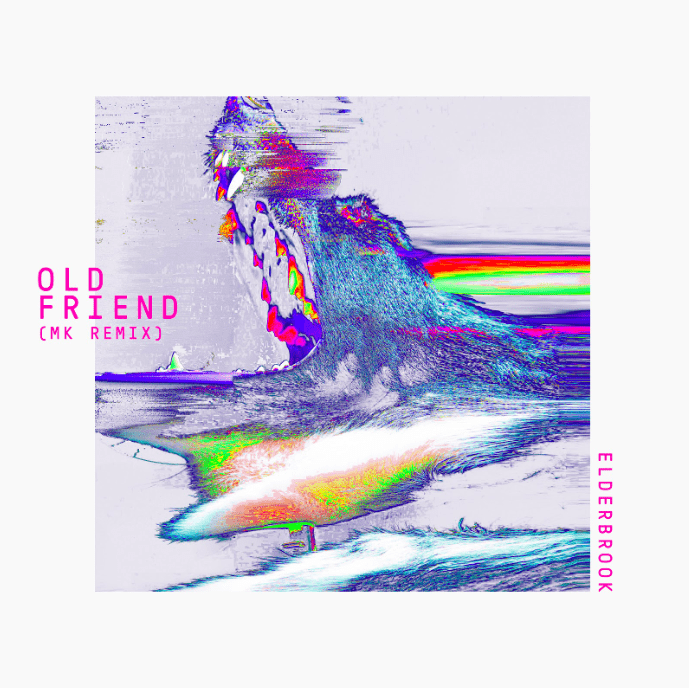 Following the success so far of his latest single ‘Old Friend’, Grammy nominated singer/ songwriter and producer Elderbrook has now unveiled a slick remix from Detroit producer MK. Adding his own blend of warm piano-house keys to the single, the rework is transformed into a pulsating dancefloor shaker, and follows the release of MK’s Jonas Blue & Becky Hill collaboration ‘Back & Forth.’

With ‘Old Friend’ already amassing almost 4 million Spotify streams, Elderbrook’s latest hit has received wide support from the likes of Pete Tong, Annie Mac, Diplo and Mistajam,  who have all frequently played the production in their respective radio shows.

Previously nominated for an Ivor Novello for his huge CamelPhat collab ‘Cola’ (over 100 million Spotify streams), MK joins an esteemed list of artists to have remixed Elderbrook, a club which also includes Claude VonStroke, Jamie Jones and Skream.

“‘Old Friend’ is a more upbeat song about seeing and being around people you used to know,” says Elderbrook. “The lyrics are about how, when that happens, you get pulled back into old habits you thought you left behind.”

With Elderbrook’s infectious, high energy one-man live show winning over new fans all over the world throughout the course of 2018, the vocalist and instrumentalist also completed tours as guests to Rüfüs Du Sol, Jungle and Bonobo, while his headline shows have grown in scale in both the UK and US – most recently with a sold-out London show at Heaven.

Best known for his iconic hit ‘17’ and UK number #1 remix of Storm Queen’s ‘Look Right Through’, MK (aka Marc Kinchen) has established a firm reputation as one of dance music’s most respected DJs, producers, and event curators, with his Area 10 parties selling out at various venues worldwide.

The MK remix of Elderbrook’s ‘Old Friend’ is set to drop on 8th Feb.
For more information on Elderbrook, please see