Showtek & Brooks ft. Natalie Major - On Our Own 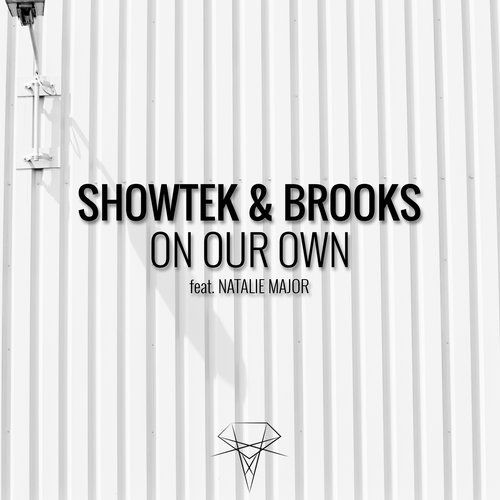 Showtek & Brooks ft. Natalie Major - On Our Own

Following the success of ‘Believer’ (with Major Lazer), Showtek have put out another super-hit-to-be. Made in collaboration with Brooks and American singer-songwriter Natalie Major, ‘On Our Own’ saw its release on Skink today.

A song that excels across the board, ‘On Our Own’ makes perfect use of its hyper-catchy vocals and inspiring lyrics to deliver a message worth dancing to. With the addition of its hooking rhythms and its larger-than-life melody and synths, it is a sing-along smash poised to dominate the global airwaves.

Showtek: “With our new song, "On Our Own,” we took the approach that everyone should  and can be a strong and confident individual no matter what. This is obviously a strong message given the current political landscape we are living in. Also, it really harkens back to the fabric of dance music.”

Brooks: “This track means a lot to me. I've always respected Showtek a lot and I'm extremely proud that we're releasing a collab now! We've been working on it for the last couple of months and made so many different versions of it. When we found the perfect vocal, we immediately knew that this was going to be the final one. After some more days in the studio together and testing it live, 'On Our Own' was done!”

Showtek, who already lined up several hit singles (‘Bad’, ‘Sun Goes Down’ (both with David Guetta) and ‘Booyah’) emerged with ‘Believer’ in the second half of 2016. A collaboration with globally acclaimed hit machine Major Lazer, ‘Believer’ hit #19 in Billboard’s Hot Dance/Electronic Songs chart, #23 in the official Dutch Top 40 and accumulated over 38 million streams to date on Spotify alone. ‘On Our Own’ might just be the record that follows in its footsteps.