Bolier ft. Roya - One Of Them Nights 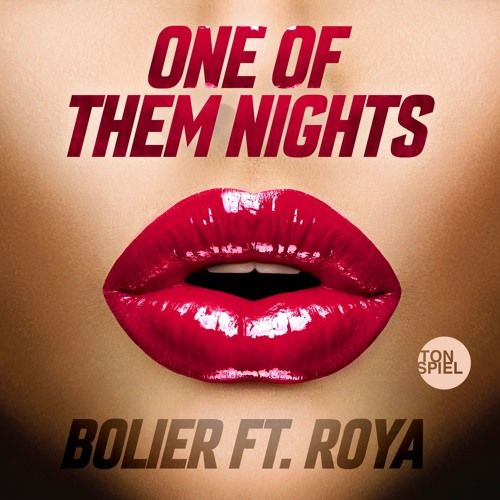 Bolier ft. Roya - One Of Them Nights

Dutch DJ and producer Bolier – also known as BLR – showcases both of his personas on his newest release package out on Tonspiel: the soulful, pop-influenced original "One of Them Nights" as well as a deep, dancefloor burning remix under his BLR moniker. The original track is a sassy, feel-good singalong anthem featuring vocals by Roya and upbeat pop-electronica elements, while the BLR redo heats things up with driving but groovy basslines and exotic melodies. The appropriately named "One of Them Nights" remix will have many diehard dance fans reminiscing over those times when a few innocent cocktails turned into greeting the sunrise at an afterhours club, going down in personal history as landmark memories. "One of Them Nights" comes just in time for the start of spring festival season in most parts of the world, and we have no doubt that both versions of this track will be pumping through the speakers of concert venues and underground afterparties all year long. In the meantime, press play on the "One of Them Nights" package and prepare for an epic evening.

From his early days as an esteemed trance producer to his current multifaceted approach to music, Bolier has proven that he can not only evolve with the times, but stay at the forefront of the ever-changing dance scene. The Dutch DJ and producer currently divides his musical tastes into Bolier, where he releases groovy, forward-thinking electronica, and BLR, his underground-friendly, techno and house influenced alter ego. However, don't try to put him in a box. "I like that nowadays, my focus is on any genre of music out there, from hip-hop to orchestral movie score music, and from urban pop to underground dance music," explains the artist. In 2016, Bolier's track "Is This Love" with LVNDSCAPE blew up his name as a renowned international producer, amassing over 100 million streams. At the same time, BLR has been featured as a DJ Mag Top 100 artist for four consecutive years after gaining attention when Tiesto chose his track "Nungwi" as the first release on his AFR:HRS label. BLR also just dropped the official remix for Tiesto and Martin Garrix's "So Far Away." With such a powerful start to 2018, it looks like this could be the best year yet for Bolier/BLR.