Only One Month Until All Points East! 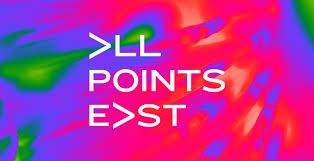 Only One Month Until All Points East!

The second year of London’s All Points East is only one month away! In a few short weeks the festival will kick off in Victoria Park on Friday 24th May, with an electronic-leaning line-up culminating with a headline set by The Chemical Brothers. The rest of that weekend (24th – 26th May) and the one after (31st May – 2nd June) will host performances by dozens of top musicians, ranging from electronic to hip-hop to folk to metal with everything in between. With the glorious Easter sun making an appearance this bank holiday weekend, it’s a timely reminder that festival season is very nearly here – and the warm weather is making it all the more exciting for London’s finest musical event!

The 25th May, headlined by indie veterans The Strokes and including bands such as The Raconteurs, Interpol, Johnny Marr and many more, is already sold out. Tickets for the other days are also selling fast, so make sure all your friends snap up their tickets before it’s too late!

There’s also plenty going on in Victoria Park in between the two weekends. All Points East have recently announced their VAST (and totally FREE) In the Neighbourhood programme, taking place across the Spring Bank Holiday and half term week from Monday 27th to Thursday 30th May. There’ll be four fun-packed days of midweek fun, including an outdoor cinema, local live music and entertainment, irresistible street food, craft beer fair, film screening panels, theatre, sports & wellbeing activities, children’s theatre and much more. Even better, ALL of the programme is free!

Full information about In the Neighbourhood is available HERE.