Sigala & Digital Farm Animals - Only One 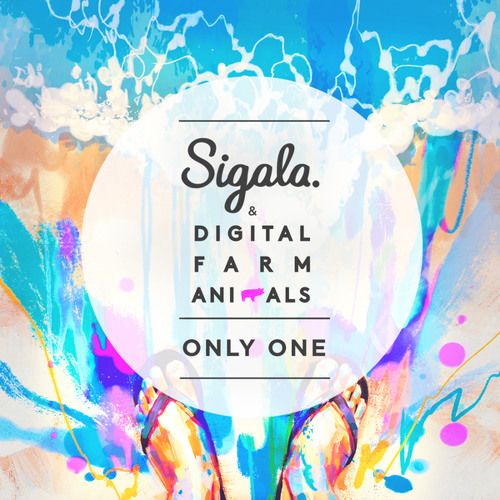 Sigala & Digital Farm Animals - Only One

Sigala seals an incredible year with his new single ‘Only One’, a collaboration with Digital Farm Animals. Available from 2 December and set to impact in February 2017, ‘Only One’ will add to his tally of 5 hit singles (including his debut No.1), a growing collection of Platinum, Gold, and Silver disc awards, over 2.5 million singles sold, and over 700 million online streams.

Revealed as the No.1 most played British male artist across UK commercial radio (and the No.2 most played artist, ahead of Coldplay and Adele), Sigala was amongst the Top 3 most played artists on Radio 1 in 2016, great achievements for a young producer who’s just over a year into his career. Building momentum with massive club hits 'Rio' (with Netsky) and 'Wanna Know' ft. R Kelly), the extremely sought after Digital Farm Animals has since wracked up over half a billion streams in 2016, with his own hit ‘Millionaire (ft. Nelly)’ and production and writing for others including Galantis and Dua Lipa.

Off the back of a riotous festival season, including Creamfields, V, Sundown, Fusion, and more, he sold out his first live tour (including London’s Heaven) in September, while shows for his recently announced new live tour are already selling out fast. Beginning in February, the 8 dates include London’s Koko, Manchester’s O2 Ritz, UEA in Norwich, O2 Institute in Birmingham, O2 Academy’s in Bristol Newcastle, and Dublin (sold out), and Belfast’s The Limelight.

Sigala’s rapid rise has seen him become one of the most successful dance producers of the decade. His debut single ‘Easy Love’ debuted at No.1, broke Ministry of Sound’s pre-order record, and is now certified Platinum. His follow-up, ‘Sweet Lovin’, was only denied a No.1 by two Justin Bieber singles, stayed in the UK Top 20 for 12 weeks and has now gone Gold too. ‘Say You Do’, debuted at No.5 and is now Silver, as is his last single ‘Give Me Your Love’.

Sigala’s been championed by Radio 1, Capital, Kiss, MTV, The Sun, Daily Mirror, Popbitch, Digital Spy, Shortlist, Clash, Complex, SubSoul, and beyond. In addition to working with John Newman, Nile Rodgers, Imani Williams, and DJ Fresh, he recently collaborated with Craig David (who joined Sigala for his first Radio 1 Live Lounge session) on ‘Ain’t Giving Up’. Expect ‘Only One’ to be the first of many Sigala singles to smash the singles and streaming charts in 2017.