ONYX IBIZA REVEALS THE LINE UP 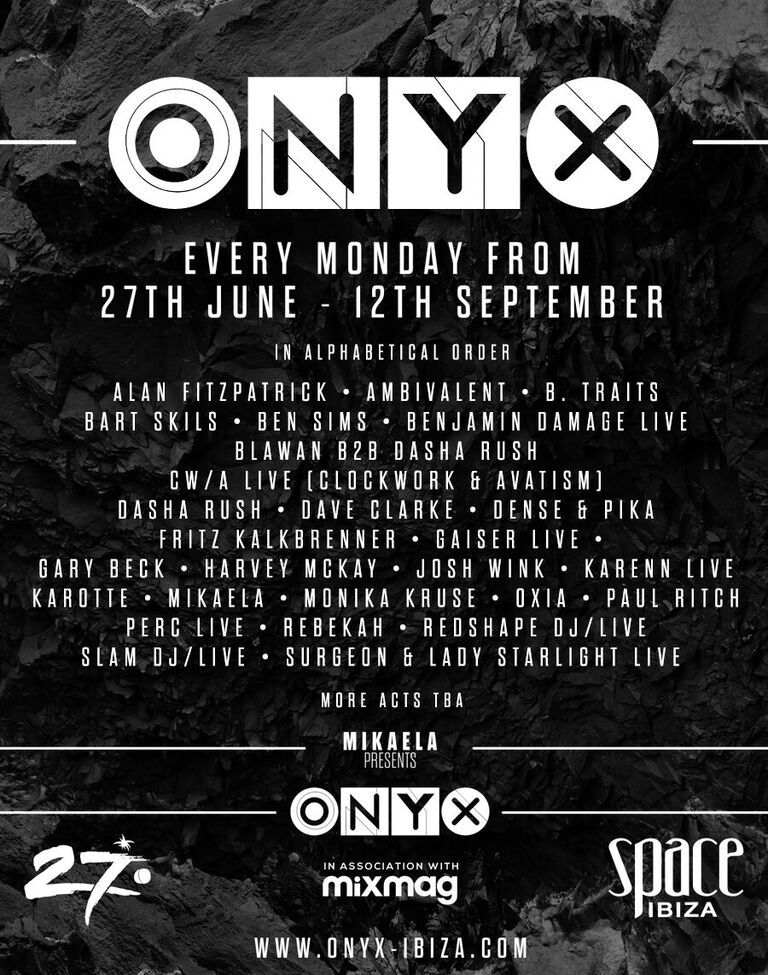 ONYX IBIZA REVEALS THE LINE UP

A discerned programme of pulsating techno, aptly curated for the final season at Space, Ibiza.

The 12-week series, spanning from June 27 to September 12, every Monday will  exclusively host two rooms, both the Main Terrace and Sunset Terrace.

Commissioned by DJ/Producer Mikaela and assuming the helm in both Main Terrace and Sunset Terrace, ONYX today reveals the first phase of its eagerly anticipated line up.

Techno legends Dave Clarke, Alan Fitzpatrick and Harvey Mckay will all make two appearances for ONYX this summer. Duos Karenn and Surgeon & Lady Starlight are both set to play their Ibiza debuts, whilst Blawan will be performing an Ibiza exclusive b2b with Berliner Dasha Rush. Slam will also play an Ibiza exclusive b2b with Gary Beck for the very first time on the island too.

Assuming centre stage four times this summer, will be the master Fritz Kalkbrenner, with Oxia and Panorama Bar resident Redshape providing the only other house music anomalies to an otherwise all star techno affair, with the latter holding down two dates, one of which will be his enthralling live show.

With several more artists still yet to be announced for the Main Terrace programme, and the entire Sunset Terrace programme also due for release on May the 4th, it’s fair to say that Mondays in Ibiza will definitely be a lot darker in Ibiza this summer…