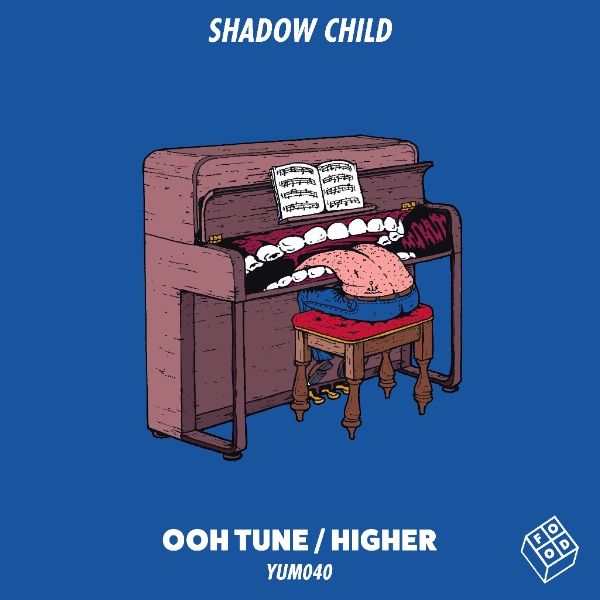 Shadow Child unveils brand new track on his label Food Music, titled ‘OOH Tune’, set to drop 15th September. The production has so far gained heavy support from some of the biggest names in the dance music world, including radio support from Annie Mac, MistaJam and Danny Howard, with Eats Everything frequently spinning the release in his DJ sets.

"This is something we debuted on this show on our First Played section, new from Shadow Child. He has smashed this track, it's called 'Ooh Tune" Annie Mac / BBC R1

Showcasing his versatility as a producer, Shadow Child adopts a dark tone on ‘OohTune’, before bursting into a piano led melody, pierced by drum-heavy bass line and cymbal clad breakdown.

An influential tastemaker in the world of dance, his Food Music label, set up in unison with close friendKry Wolf, provides a home for his productions, whilst outside of the studio, Shadow Child also hosts a weekly slot on Rinse FM playing the best in house and techno every Wednesday from 9pm to 11pm, featuring tracks from the likes of Dusky, Andrea Oliva and Jamie Jones.

2017 has so far seen the UK producer tour relentlessly with a string of Ibiza dates at the likes of Defected in the House at Eden, and Creamfields at Privilege. On UK soil, he has played the huge Elrow event at London’s Olympic Park in August, Fabric, XOYO, and will also perform at Manchester’s Warehouse Project in September.

Famed for his dynamic, carefully curated shape, Shadow Child’s signature style has made his sets some of the most eclectic, individual and unpredictable on the scene, building an insatiably large and dedicated fan-base in the process. With an exciting new era ahead for Shadow Child, 'Ooh Tune' is a clear display that whatever changes occur, the fun throwback vibe will always remains in his music.