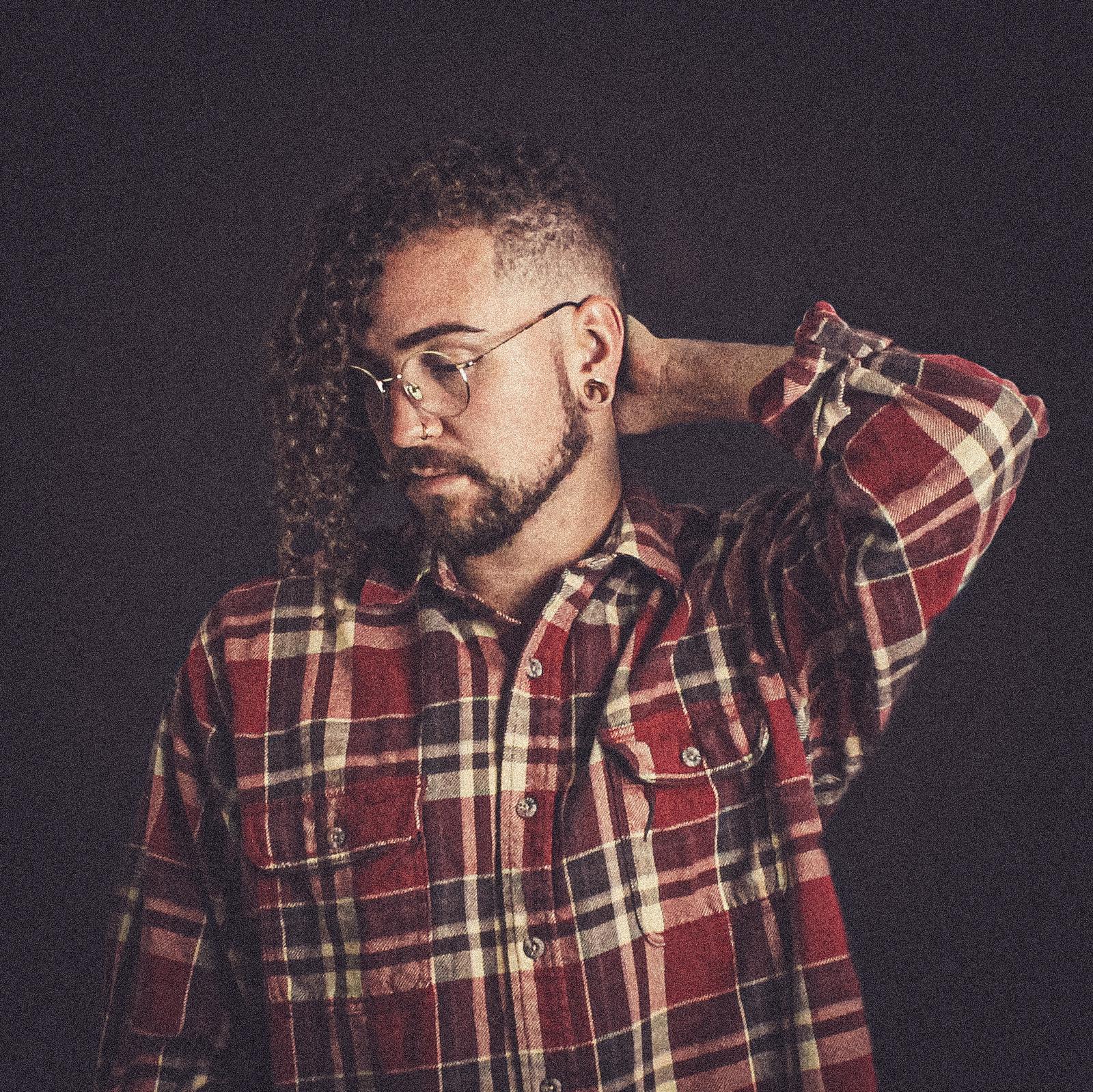 Toronto-based dance music talent Outwild returns to the release radar with an exciting deluxe edition of his highly-successful ‘Everbright’ EP. The DJ/producer’s original June-released six-track EP was met with widespread critical acclaim, enlisting several high-profile features from vocalist XYV, singer/songwriter Josh Bogert, and renowned electro-pop act The Ready Set. Known for quite some time by his previous Inukshuk moniker, the Canadian native’s recent name change directly follows his set from Seven Lions’ ‘Visions 4’ Twitch livestream event, in addition to a recent slew of exciting summer releases, such as ‘Alive’, his collaborative single alongside Meggie York, as well as his 2-track ‘Wallflower’ EP. Out now via Seven Lions’ esteemed Ophelia Records imprint, the new deluxe version of the ‘Everbright’ EP features remixes from up-and-coming producers Vaance, N3WPORT, Miles Away, and AWAKEND, and is available to listen to across all streaming platforms.

The new deluxe 10-track ‘Everbright’ EP starts off with ‘May You Always Be’. The tune immediately begins with a cinematically atmospheric intro, with resonant guitar strums rounding it out. The title track, ‘Everbright’, directly follows, as an upbeat, lively sonic endeavor that’s larger-than-life in all the best ways. ‘Before We Start’ is next, and features a harmonious mixture of indie-pop and electronica, with a mellifluous vocal cut courtesy of XYV to accompany. ‘Live In The Now’, featuring Josh Bogert, and ‘Broken Constellations’ carry through the same feelgood vibe present in the first half of the EP, with ‘The Way You Are’ setting the tone for its end. The addition of The Ready Set truly makes the tune come to life, adding a unique early-2000’s pop-punk flair that pairs perfectly with the larger-than-life melodic dance music qualities.

Kicking off the new remixes, Vaance’s interpretation of ‘The Way You Are’ is a shimmering, fresh new take that lends a dreamy quality to the track. Several distorted, glitchy drops ensue, topping off the high-octane remix. N3WPORT shifts the tone, presenting a larger-than-life, heart-fluttering rendition that’s equal parts emotion and energy. Miles Away maintains this exhilarating energy with his remix, featuring several emotive buildups and soaring bass drops. AWAKEND finishes the deluxe EP with his take on ‘The Way You Are’, a hard-hitting melodic dubstep masterpiece that’s rife with palpably raw emotion.

Outwild is a dynamically versatile dance music mainstay who’s been crafting his own unique original productions for over five years. His first track, NCS-released 2015 future bass hit ‘Happy Accidents’, was a pivotal point, placing him on the map and leading him to an abundance of new and exciting career opportunities. 2018 saw him drop the Monstercat-released track ‘Left Behind’ alongside electronic duo Half an Orange, with the following year seeing him prominently featured on ‘Another Day’ via fellow Canadian Dabin’s 10-track ‘Wild Youth’ album. He’s also received major support from Trivecta and Jason Ross, and has worked alongside Breathe Carolina and Adventure Club.

2020 served as the year that the DJ/producer released his first EP, the 6-track ‘Letting Go’, as well as his debut contributions to Ophelia Records. It also marks a year of great change. At a crucial time in which much around the world is actively evolving, Outwild serves as a new rebrand, one that leaves behind the Inukshuk name. Instead, the focus is now placed on the natural forces of the earth that inspire the DJ/producer in every aspect of his life.

The new deluxe EP features a remix from Miles Away, a Vancouver-based dance music talent who instills a much-needed tinge of nostalgia in each of his own tracks, focusing on blurring the seemingly rigid lines between indie-electronica and melodic dubstep. Also featured is N3WPORT, a gritty melodic bass DJ/producer who impressively boasts over 1.1 million monthly Spotify listeners, with recent tracks out now on labels such as NCS and Lowly.

“For this remix, I had a clear image in mind for the atmosphere I wanted to create and went from there. I started by speeding up the vocal stems, while still keeping them sounding natural, and then created a nostalgic and evocative chord and arpeggio progression with my analog synths, channeling the sound of the contemporary 80s. From there, the song came together very naturally as I built each section: the drop, the guitar pre-chorus, etc are all variations of that first idea, which I think is important for creating a cohesive musical idea. Finally, to add some of my own flair, I recorded several layers of my own vocals to create the vocal chops heard throughout!” – Miles Away

“I love to tell meaningful stories with my music, whether it’s through the melody or lyrics, so this track felt like the perfect one for me to remix! I chose to go a slightly more melancholy/minor and heavy route with my remix because I wanted to keep the beauty and upbeat melodies of the original, but contrast it with the darker and more intense themes of the track as well. I think the original is incredible and I was so pumped to bring my own twist to it.” – N3WPORT

Vaance is a Cincinnati-based pop-house producer who boasts over 1 million total Spotify streams. His recent original productions have led him to support artists such as BTSM, NGHTMRE, and Said The Sky at shows in his own hometown. Lastly, AWAKEND is a genre-bending artist who infuses future bass, melodic dubstep, and trance into his work, in turn producing a mellifluously catchy blend of dance music.

“Outwild had already inspired me with his raw, live elements that carry the mood of ‘The Way You Are’, so I wanted to preserve that as much as possible in my interpretation. I’ve also been a fan of The Ready Set since I started making music in middle school, so I wanted to combine my pop-punk influence with my current melodic dance production to create something nostalgic but current.” – Vaance

“When I heard Outwild’s EP, ‘The Way You Are’ stuck out to me immediately. I was initially hooked on the song because The Ready Set’s sound reminded me of the music I used to listen to when I was a kid (Blink 182, Motion City Soundtrack, stuff like that) – it felt nostalgic to me. Normally, when I do a remix, I like to completely rewrite the song and only keep the vocals but I really loved Outwild’s chord progression and melodies for this song. I decided I would use his chords, add some variation, and write a new drop melody. The song is written about such a heartfelt topic – being in love with somebody because of the little things that make them who they are. I wanted to accentuate that feeling for the listener while also adding some energy to the production.” – AWAKEND

The deluxe edition of the ‘Everbright’ EP is a tour-de-force of sound that serves as a prime addition to the Ophelia Records’ imprint. It also marks an exciting start for a new crop of rising talent, in addition to a new beginning for the DJ/producer Outwild. 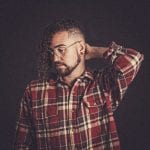