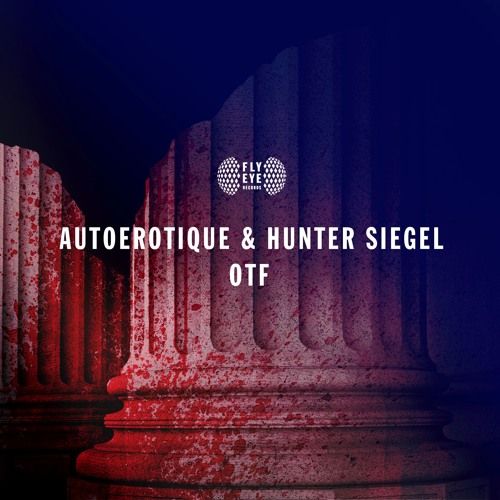 Renowned for bringing heavyweight talent together for unique, one-off collaborations, Calvin Harris' Fly Eye Records does it again with OTF – a mind-rattling, festival-ready track courtesy of  AutoErotique and Hunter Siegel.

One of the first electronic acts signed to Dim Mak, Toronto-based AutoErotique makes dance music that’s endlessly shape-shifting, yet always exhilarating. Releasing a stream of club hits across Owsla, Mad Decent, Arkade, Armada and Ultra and collaborating with heavy-hitters Major Lazer and Dimitri Vegas & Like Mike, AutoErotique's no stranger to topping both the Beatport Charts and the iTunes Dance Chart, whilst also playing the biggest dance music festivals in the world and winning awards such as the Much Music Award for Dance Video of the Year, the MuchFact Video of the Year and a nomination for the prestigious 2016 Juno Award for Dance Recording of the Year.

Joining AutoErotique on OTF is fellow Toronto-based artist Hunter Siegel.  After smashing onto the scene with "Waiting Up" in 2013, Siegel hasn't missed a beat, with a steady stream of releases across Steve Angello's Size Records and Atlantic's Big Beat Records, collaborations with house music legend Todd Terry, vocalists Kai and Delany Jane, high-profile remixes for Zeds Dead, 3Lau, Nomdestrip, and appearances at some of the world's most respected dance music festivals; including Hard, Electric Zoo and Splash House.

Out June 20th and with early support from dance music royalty including label boss Calvin Harris, Diplo, Skrillex and more, OTF is guaranteed to set the clubs and festival stages alight all summer long.