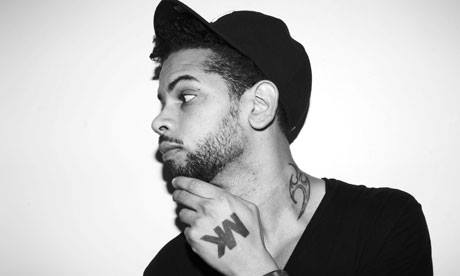 We were looking to start 2014 as we mean to go on, and what better way to do it that invite one of our favourite DJs out there currently to come grace the Venus decks again – MK!

MK is responsible for creating some of the defining sounds and biggest tracks of the early house. He has worked with the biggest international artists from Snoop Dogg and Jay-Z to Rihanna and Beyonce, but has also retained near unprecedented levels of credibility within the underground dance music scene, with records such as ‘Burning’, ‘4 You’ or ‘Push The Feeling On’ remaining staples in the wallets and boxes of house DJs the world over. Through his timeless productions, MK has influenced a new generation of producer, with the result that his sound is more relevant today than it ever has been.

+ More to be announced.

The Venus Nightclub in Manchester, UK is the No 1 venue for house music clubbing across Manchester and 5 minutes walk from the Arndale Center, in Manchester’s City Centre. Boasting a Huge sound system and spectacular visual displays, it creates the perfect atmosphere we are looking for our events.

To get in touch regarding support DJ slots/ Ticket selling opportunities or anything else please Email: