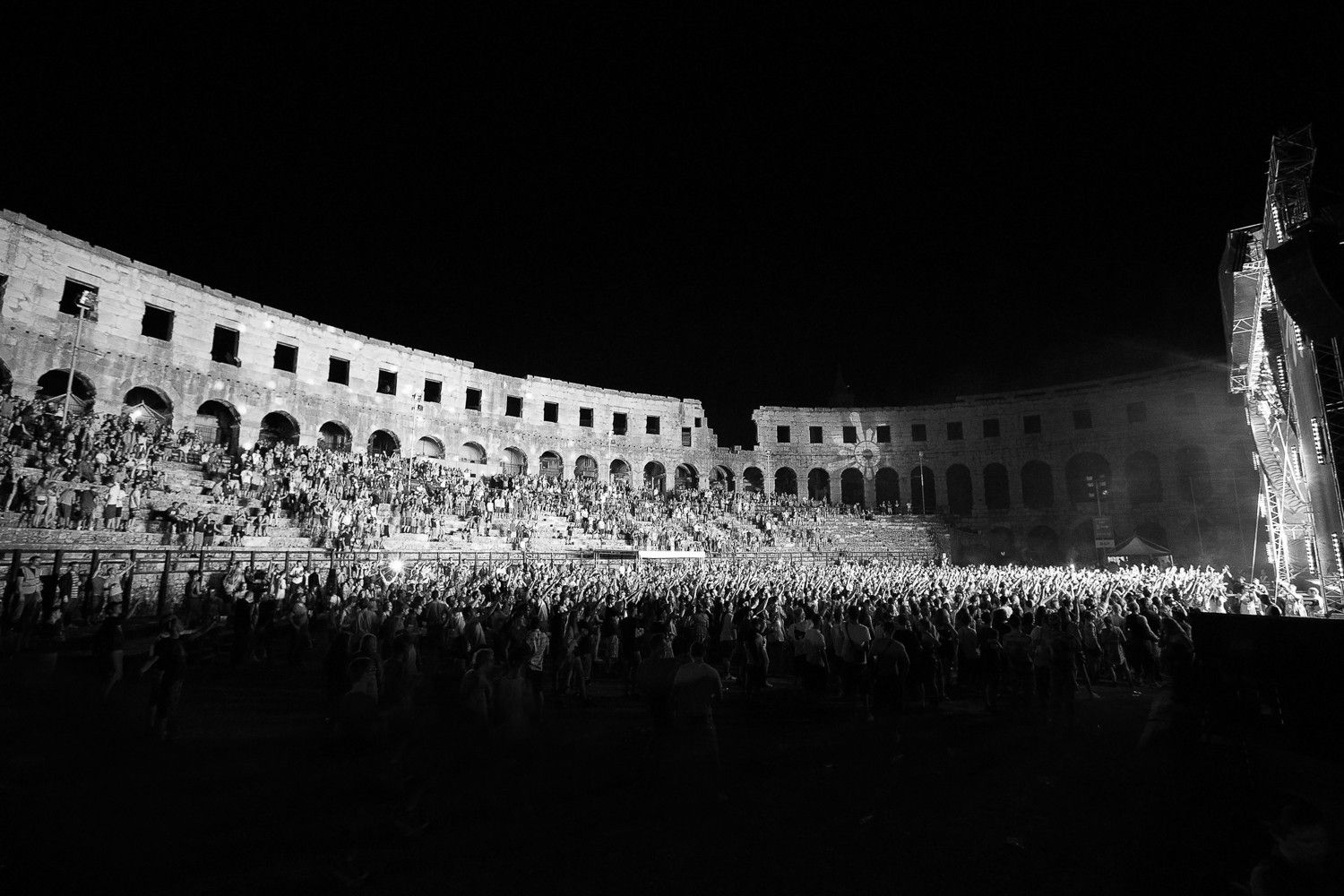 The incredible Outlook in Croatia, taking place this September, has just announced its second wave of names. A unique celebration of bass music culture on the glittering Adriatic coastline, the festival unites a global array of stars for an unparalleled party in an abandoned 19th century fort, close to the historic city of Pula which hosts the spectacular amphitheatre opening concert.

The latest headliners include Congo Natty, the true jungle originator who has recently signed to Ninja Tune/Big Dada, whilst Massive Attack legend Daddy G DJs in the gorgeous Croatian sunshine on the beach stage. Nonplus Records founder Boddika also stars; fusing garage, house and bass sounds with electro, D’n’B and breakbeat creates his unique sound, and he has been lauded for consistently reinventing the underground UK music scene. Then there’s Dub FX, a critically acclaimed beatboxer crafting hip-hip, reggae and drum and bass through his incredible voice, a crowd-rousing vocalist of immense talent, and Slovenian star Gramatik blends many genres to create his immense live shows. And Outlook favourites returning include breakbeat garage pioneer Zed Bias, a true trailblazer of the underground without comparison, and Phaeleh performs his stunning live compositions on the beach and other spaces across the weekend at the festival.

On a much more house-orientated tip, Roy Davis Junior is one of the pioneers of the Chicago scene and a dedicated 4/4 groove-laden craftsman, whilst duos Bondax and Snakehips are guests right at the fore of the contemporary garage take on house music; Bondax remain hard to classify with their brilliantly transcendental sounds, and the mysterious Snakehips’ limited releases work together disparate styles into their productions.

Retaining its love of hiphop, Outlook brings a further wealth of talent to Croatia. High Focus Records have announced their line-up at the festival, including The Four Owls, Jam Baxter and Dirty Dike amongst others, with extra UK action from new names Pete Cannon, London Zoo and Problem Child all added to the billing.

And flipping over to the dubstep side of the festival, Truth, Seven and Swindle are all catalysts of the scene’s current dynamism and inspiration, revered for their forward-thinking production work and devastatingly bass-heavy sets.

Outlook Festival are incredibly proud have Ms. Lauryn Hill taking centre stage for what is the festival’s most inspirational booking yet, with support from 7-piece Leeds band Submotion Orchestra, Eglo singer Fatima, with her astonishingly rich, soulful voice, and new star Andrew Ashong.

Next up is Busta Rhymes performing a “best of Flipmode” inspired set, with dancehall and reggae icons Barrington Levy and Horace Andy both performing live, and one of the world’s greatest hip-hop producers, Gangstar’s DJ Premier, also taking centre stage. As does one of the world’s most iconic reggae sound systems, Jah Shaka, with young Rasta revivalist Chronixx & Zinc Fence Redemption and Zouk Bass pioneers Buraka Som Sistema debuting at the festival.