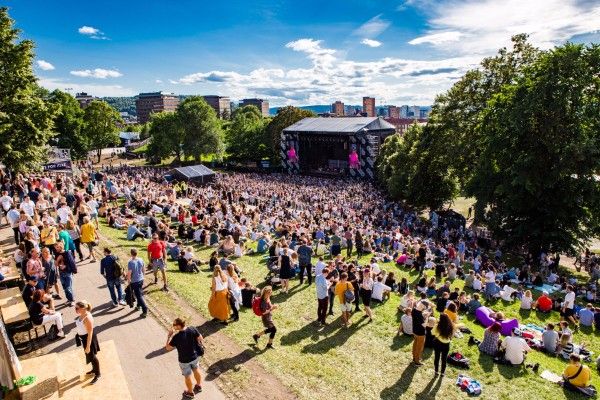 Rumours have been rife about the band’s return with new music and live shows for 2018, and today Øya festival are absolutely thrilled to announce that Arctic Monkeys will be headlining the festival in 2018.

Arctic Monkeys last played Øya in 2009 when they headlined at the time of their ‘Humbug’ album, and have returned to Oslo only once since in 2011 when they played a small club show. The appetite for their return is palpable. After the band headlined UK’s Reading & Leeds festivals in 2014, they alluded to taking a break, and fans have been waiting for new music ever since.  During this time, Alex Turner has been performing as one half of The Last Shadow Puppets, whilst Matt Helders has been recording and touring with QOTSA’s Josh Homme and Dean Fertitia, plus Iggy Pop.

From humble beginnings, Øya has cemented its enviable reputation as one of the most critically respected events in the summer music calendar, presenting audiences with tastefully curated, out of the ordinary billings.

Beyond the music, Øya seeks to operate in the most environmentally sound approach possible. The entire event is powered by sustainable electricity, while all of the festival waste is hand-sorted and recycled which means that 70% of it can be reused. The audience also benefits from such an approach: almost all of the food served at Øya is organic and locally sourced from small scale providers, and all caterers are required to deliver a menu that’s at least 50% meat-free.