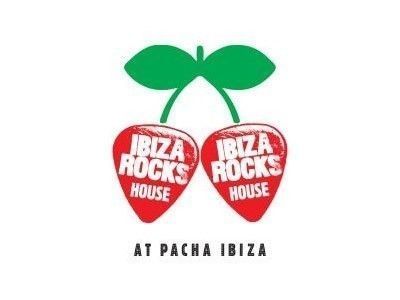 Ibiza Rocks House at Pacha will welcome party people into a world of more individuality, more attitude, more atmosphere, more theatre and ultimately more authentic fun! A breathtaking spectacle encapsulating extravagant performances and signature old school special effects, the club will transform and the performers will tempt, tease and delight as the heavy breath of hedonism fills the air. Sets from the godfathers of house music, the best of the new breed, local legends and one off live performances married with fantastical fancy dress and elaborate wardrobe saturated in surreal theatrical performance, all set to a timeless soundtrack.  Monday nights will be filled with unforgettable moments.

From arriving on the inspiring island of Ibiza 20 years ago, Andy McKay & wife Dawn Hindle made up one half of the incredibly successful team behind Manumission, creating mind blowing large-scale parties that were amongst the most attended, most hedonistic and most talked about in the world. Challenging the status quo to reflect the festival generation and the shift in the music landscape, Andy & Dawn launched the dominant youth lifestyle brand Ibiza Rocks in 2005. In 2011, the unstoppable pioneers took over iconic Ibizan institution Pikes – the hotel of choice for the rock ‘n’ roll elite of the 1980’s. Guests including Freddie Mercury, Grace Jones, Julio Iglesias and Naomi Campbell would stay at Pikes and party at Pacha. Within a very short space of time, Andy & Dawn have once again rekindled the real island party scene by breathing fresh life into Pikes, recreating its incredible history and hosting some of the islands most memorable parties in recent years.

Andy McKay, CEO, Ibiza Rocks Group said: “This has been a long time coming and we’re delighted to be working with Pacha and the Urgell family. It’s the coming together of two families who have known, admired and respected each other for 20 years and wanted to work together for 20 years! Both sides are incredibly invested in and incredibly passionate about Ibiza and its future. The parties will continue to revolve around amazing guests, friends, family, artists and residents that reflect the real Ibiza.’

All the elements that make the intimate parties at Ibiza Rocks House at Pikes will be turned up and transported to the world’s most decadent club, Pacha. From the fabulously flamboyant umbrella-filled outdoor lounge terrace to the famous, playful Freddie’s suite where Freddie Mercury celebrated his legendary 41st birthday, to the secret Potting Shed where the light is blacked out and gay abandon rules, to turning a corner and stumbling across stand-out, spontaneous rock ‘n’ roll guitar and piano solos, eccentric charm will be fully fused with the glamour of Pacha. The parties will celebrate the individualistic, non corporate, surreal and eccentric, from Tony Pikes casting couch, aerialist Empress Star’s stunning laser show to the gigantic Wheel of Fortune that will decide guests fate upon entry. First and foremost, it will all be all be about fun.


Francisco Ferrer, general Manage, Pacha said: “We’ve been waiting a long time to unite with Andy & Dawn and the desire to work together has grown stronger since we’ve witnessed the spirit, energy and authenticity of the parties they host at Ibiza Rocks House. They fit perfectly into Pacha, our ethos and our history. Two brands entwined and two families with a deep love of this incredible island united.”

The spirit of the party will allow for mixed styles and give the DJ’s more freedom, inspired by what’s been happening musically at the Ibiza Rocks House parties and amplified. Crate digging sets where new and old school stars of the scene will let the people of the party hear DJ’s fantasy playlist as they pull hidden gems from the record collection that they love. An anything goes musical landscape that focuses on the cool without taking itself too seriously; Ibiza Rocks House at Pacha will provide the ultimate fun playground to showcase a deep and genuine love of music from multi genres.

Pacha’s Funky Room will be renamed  ‘Freddie’s’ after the private disco at Ibiza Rocks House, with original Manumission resident Griff and Island favourite Antz at the helm. The main room will feature hugely influential original house pioneers such as Derrick Carter, Kenny Dope, Kevin Saunderson and DJ Pierre, alongside the best of the new breed of Djs and producers including Shadow Child, Claptone, Jesse Rose, The Magician and Jaymo & Andy George. Long standing Rocks resident Doorly will drive the nu skool element, whilst Basement Jaxx will bring the full carnival vibe and honorary members of the wider Rocks family 2manydjs and Groove Armada will burn down the house, all with multiple shows.    Across the summer there will be special guest appearances from artists that guests won’t expect to see in a club environment, but that they would expect from Rocks!

Following on from the afterhours parties at Ibiza Rocks House at Pikes that offer authenticity to a bygone island where individuality is crowned king, hedonism rules and anything goes, VIP stands for Very Interesting People and Ibiza Rocks House at Pacha on Monday nights will allure them all, all summer long.

Eccentric, enticing and putting real atmosphere back into the big club, this is not following the crowd or clubbing by numbers, this is a deep desire to put the people back at the heart of the party, where individuality, personality and eccentricity are what’s celebrated.

With Pacha and Pikes entwined, a twisted love story that sees no boundaries begins and a summer of special moments and magical memories at Ibiza Rocks House at Pacha awaits.