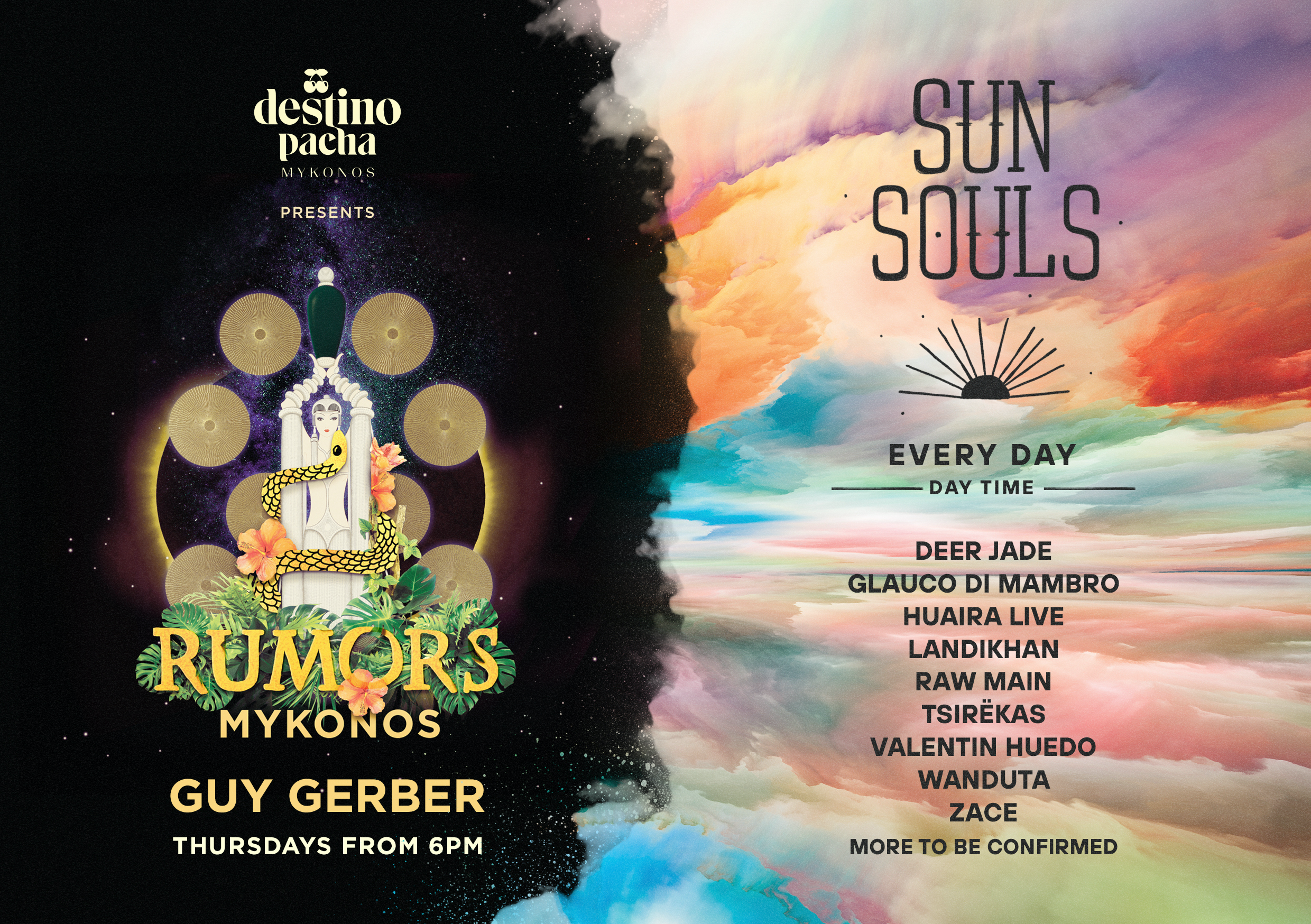 Brand new boutique lifestyle hotel Destino Pacha Mykonos has opened its doors in Agios Stefanos, on the Greek Island of Mykonos. In true Pacha spirit, the iconic entertainment hospitality brand has announced a stellar line-up of music events for its first summer season on the island, kicking off on Saturday 22nd July with a new residency from world-renowned DJ and producer Guy Gerber.

Destino Pacha Mykonos draws on the parallels between the islands of Ibiza and Mykonos, from both a cultural and party perspective, and Pacha plans to give a dose of its music spirit to its first property outside of Spain. Occupying a prime spot on the island, the chic 34-key hotel sits on a clifftop overlooking the Aegean Sea and has two large swimming pools lined with sunbeds and a vibrant bar for the ultimate hangout.

Pacha will be bringing its iconic soundtrack to the Greek island with a new signature ‘Sun Souls’ music concept running from 17 July until 10 September. Sun Souls will ignite the senses, offering guests an immersive poolside experience featuring live music, DJ sets and a showstopping entertainment. Set against the backdrop of the spectacular Mykonos sunset, the evenings will be complemented by Mediterranean cuisine and inventive drinks. The line-up features musical talent from across the globe including Deer Jade, Glauco di Mambro, Huaira live, Landikhan, Raw Main, Tsirëkas, Valentin Huedo, Wanduta, Zace and more to confirm.

Guy Gerber will also be playing every Thursday for his weekly ‘Rumours’ event from 22 July until 9 September, following a popular residency at Destino Pacha Ibiza.

Sun Souls and Rumours will be available for hotel guests and visitors. Room prices start at 260 euros per night on a B&B basis. For more information or to book:
+30 2289 440 398 – [email protected]