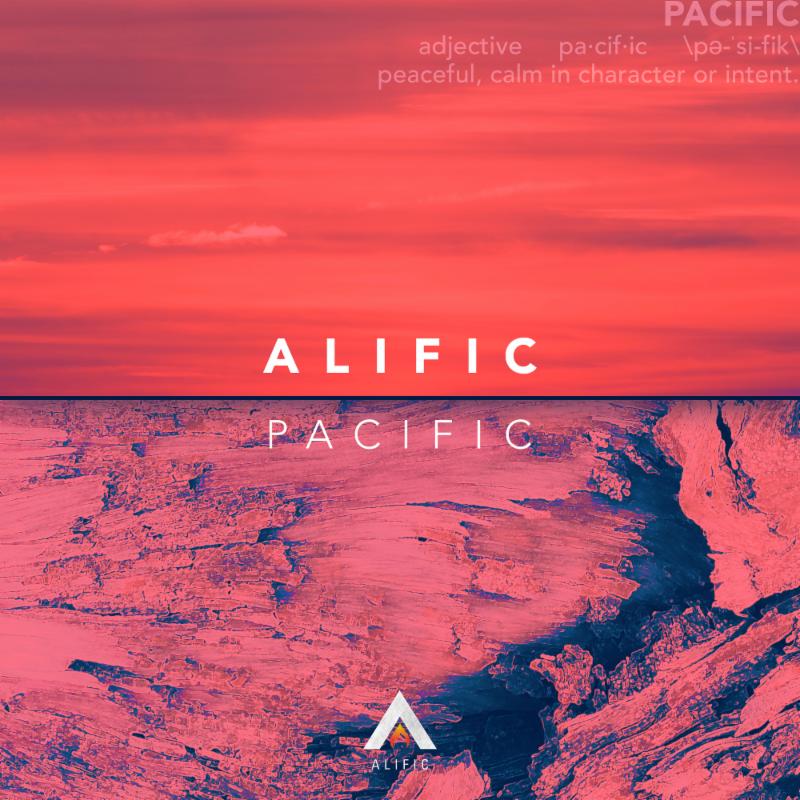 'PACIFIC' the new album by ALIFIC invites the listener to an upbeat journey of reflective, sentimental chill sounds. Very different from some of the mainstage EDM acts, he ignores the trends to offer something from deep within.

Whether discovering the album on a lazy Sunday beach afternoon, or experiencing the unique sounds during yoga sessions, Pacific eases the mind with flair.

One of the songs of the album now comes with a relaxing music video and has already been watched thousands of times.

Alific originally comes from a background as a reggae musician, but ached to do something different. The past couple of years he went through a lot of ups and downs and the new direction he took for Pacific reflects that. Consisting mostly of chill-out instrumentals, the album features some very special guests…

Alific: "The album has some cool hidden collaborations. Frank Mitchell Jr. (Thievery Corporation's Sax player) played flute on 'Downtown' and sax on 'Faded Times' when I was living in DC back in late 2013. We were practicing for a live set and while in the studio, I asked him to just quickly freestyle over a few new beats I had. He played 3 separate takes of flute over "Downtown" and then played 3 separate takes on "Faded Times". I kind of didn't think much of the tracks at the time and didn't come back to mix them until 1 year later. Sometimes, the best stuff comes from sporadic and spur of the moment takes.

J Smiles (Bass player for The Movement) plays bass and guitar on "Faded Times" and we recorded his takes in various hotels rooms while on a national tour with The Movement in 2014 . Sam Dechenne (trumpet for John Brown's Body) plays trumpet on "Bliss". And my dad plays main keys on "Citizen of the Sun", and "Faded Times."

As a big fan of all types of music. Alific grew up listening to jam bands and then got into reggae in his college years. You can still hear the influence of reggae with small hints of it on the new album. While he was living in DC and Vegas, Alific got a new appreciation for dance music – specifically the chill-out and downtempo variety. While on the road touring with bands the past three years, Alific sporadically created and produced some of the album's tracks.

Alific: "When each one was separately completed I felt that it was too far of a different musical direction to put out as an "Alific" track so I put them all on the shelf until I finally had enough of them to create a full album. At first I thought of releasing it under a different name. Many people suggested releasing the album under a different name since it didn't really fit into my previous album genres of the reggae-rock influence. However, this is as good a representation of me as anything else. I wanted to show people I'm a producer at heart. One that has a very diverse musical taste."

As a fan of music from childhood, Alific started out playing piano for 9 years and then moved to Bass guitar in his teens. In college he became fascinated by producing and it was not much later when he started producing albums for the numerous bands. His passion slowly started to shift from live musician in bands to music producer. It wasn't until he moved to DC where he found himself with no friends or band and only time to produce music. He had a bunch of songs completed but didn't know what to do with them all so he decided to just release them independently and came up with the name Alific. Since then he has released 3 full length albums with Pacific being the fourth one.

Available as a free download on Soundcloud (mp3 only) and worldwide on iTunes. All other digital outlets will follow July 29th for high quality purchase.