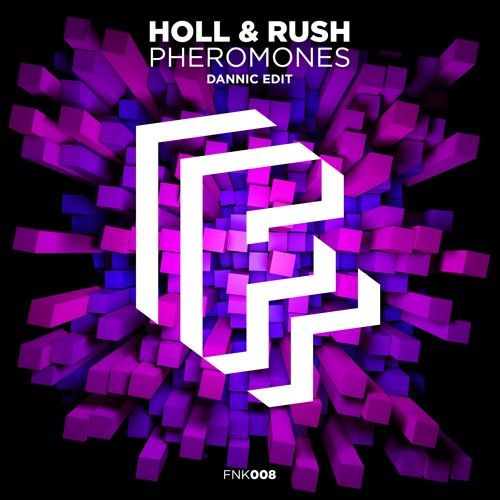 Rotterdam based DJ and production duo Holl & Rush’s rapid rise to the top of the EDM ladder has been nothing short of remarkable. Oscar Coomans and Bart Jaspers, the two masterminds behind the Holl & Rush moniker, have built up an impressive release catalogue over the past couple years, which includes Beatport Top 100 hits like: ‘Feel Good’, ‘Got Some’, ‘Morse Code’, ‘Radio’, ‘Buddha’ and ‘Sonar’. It therefore comes as no surprise that they have been unleashing their productions in clubs and at festivals all around the world and gained support from stars such as: Hardwell, Martin Garrix, Afrojack, Tiesto, Steve Angello and Nicky Romero – monstrous accomplishments for any calibre of artist.

Next to be added to their top-notch release collection is ‘Pheromones’, an Electro infused Progressive House record that has been causing huge noises around the world, gaining support from many of the world’s A-List tastemakers. Full of razor sharp synths, groovy bass-lines and driving drums, ’Pheromones’ has all the necessary elements of a peak time banger, making it a must have and worthy inclusion in any DJ’s record box.

Fellow Dutch heavyweight Dannic snapped at the chance to sign ’Pheromones’ to his ever-growing imprint Fonk Recordings, which as quickly gained a reputation as one of the fast-rising and most exciting new labels on the scene. The label boss personally edited the track and it’s release will see Holl & Rush join the label’s roster which includes stellar artists such as: Amersy, Tom & Jame, HIIO, M35, Vion Konger, WE AM and the label boss himself. ’Pheromones’ is out now exclusively on Beatport and it is set to see Holl & Rush’s impressive rise to stardom continue at rapid pace.