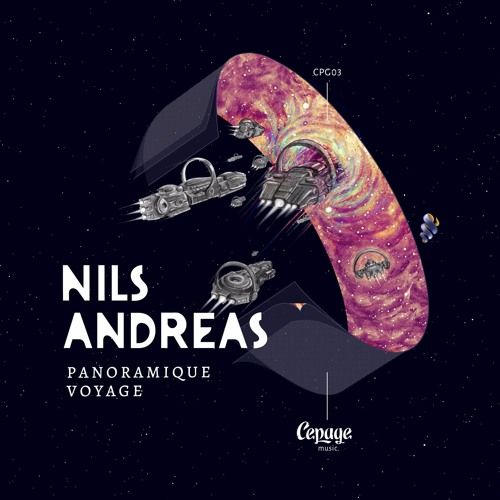 Gathered in Cosmodrome the launching station, spatial rockets are preparing to leave. The ambient excitation is palpable while the motors vibrate in unison synchronizing with the frequency of CPG03, the astral gateway. The first expedition through this sidereal ring is carried on by Captain Nils, who will lead the fleet for this first initiation crossing. Being at an experimental stage, how to know if jumping into the unknown will not end up in a catastrophe?

The Panoramic Voyage finally starts, interstellar landscapes scroll under the marveled looks of the astral explorers. The echoes of the sparkling colors coming from the portal give away the presence of new horizons. The travelers’ conscience finally flies through the portal.

The initial euphoria will fade by and by replaced by uncertainty, which thrusts the crew in doubt and apprehension. Suddenly, crashes and whizzing sounds invade space.Turbulences caused by the asteroids field in which the fleet has just teleported itself in, force the pilots to maneuver in order to avoid the worst. Focusing again on the strength of their attention, they stopped heeding to their fear and held on.

Their determination paid off: They reached a very serene and quiet space, and named it Maon. Made of pure light, it gave back lucidity to their conscience and liberated them, unveiling the universal harmony and kindness which wraps every existing thing. On their way back, they thought of how the story of their epic will inspire future travelers.