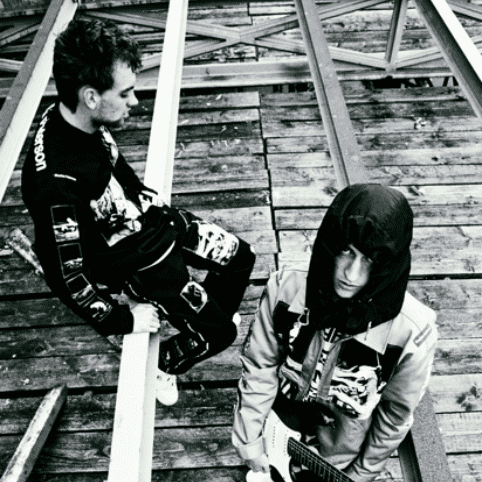 The video showcases a psychedelic and science fiction-inspired production, where Para Fiction’s rapper Jambo and producer Coding Dude are seen driving a Back To The Future style car through time and space – alluding to the track’s lyrics detailing being in debt to time. The chaotic visuals jump from monochrome to sharp colour and utilise engrossing effects such as inverted colour and pixelation, creating a further impact with their uncontainable flair and punk attitude.

Drawing comparisons to classic-era Beastie Boys, the DIY duo both grew up playing in punk rock bands before first meeting at a drum and bass night. After self-releasing their debut EP ‘Episode 1: L££CH RIDDEN’ on their own Parasitic label earlier this year, the 21-year-olds swiftly won support from Huw Stephens and Phil Taggart on BBC Radio 1.

Having already shared the stage with artists such as Slaves to Skinnyman, they were picked up to support industrial hip-hop star JPEGMAFIA in Manchester last November. A busy summer has seen them perform at Boomtown and a raucous House of Vans event in London, with further sets at Wilkestock Festival and Wheels and Finns just around the corner.

The bold, uncompromising official video for ‘Time Debt’ is an ideal pairing for the track’s raw punk energy. 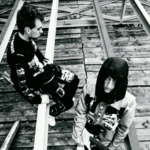